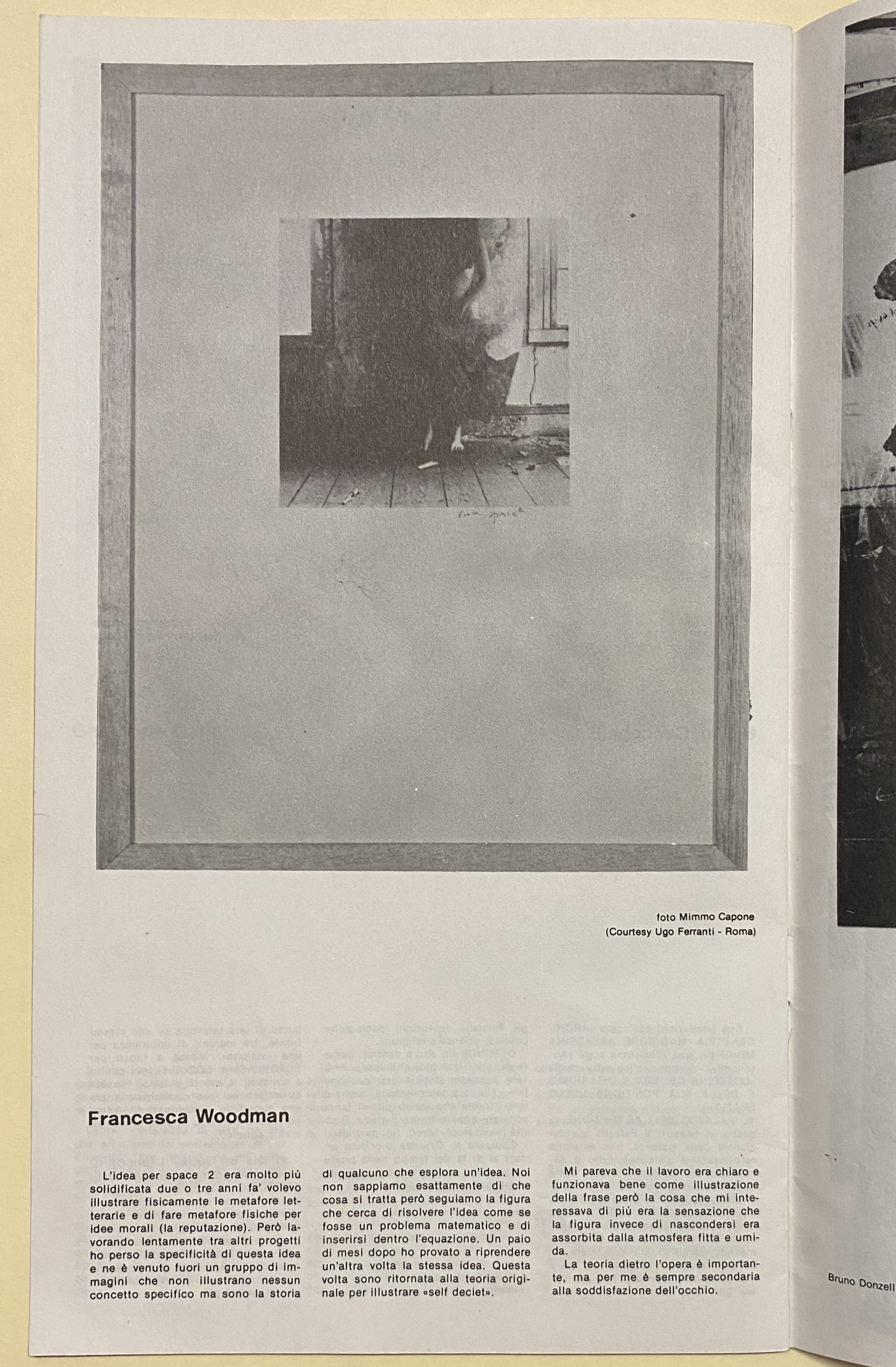 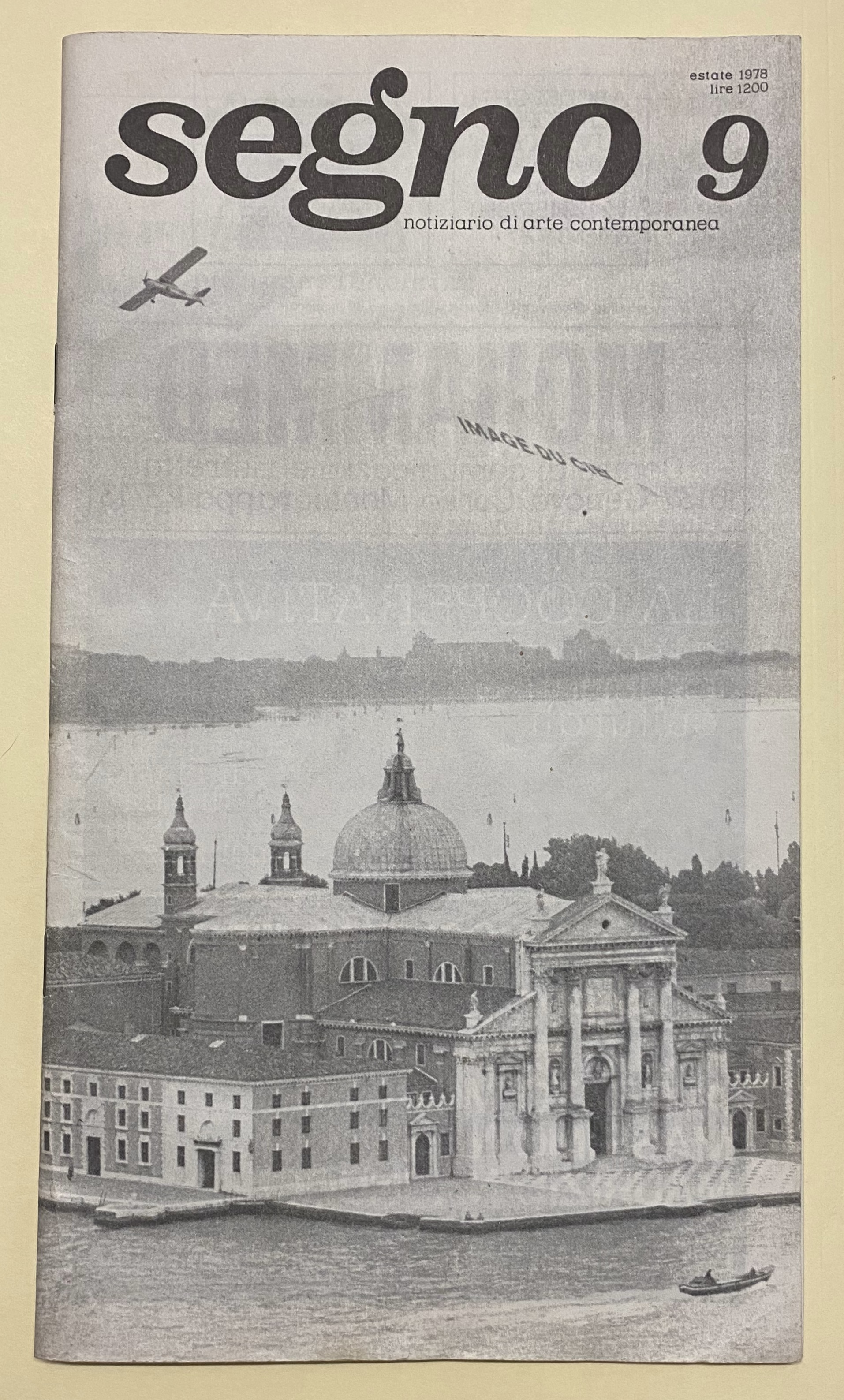 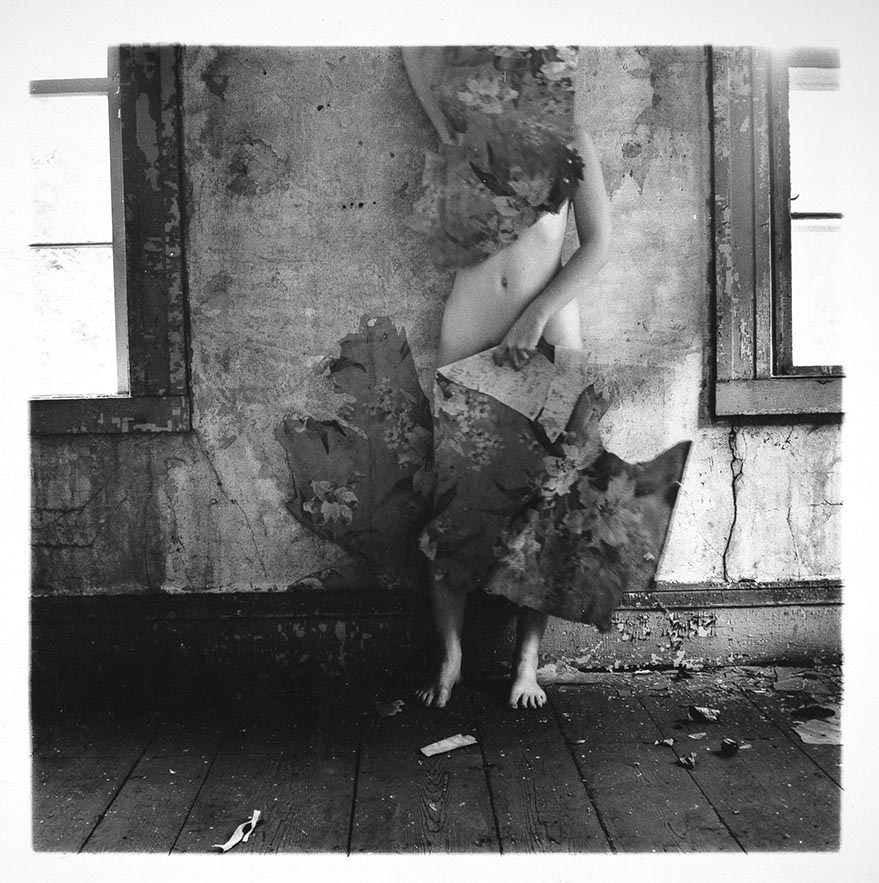 In the summer of 1978, Francesca Woodman’s photograph “Space 2” was featured in the Italian contemporary art magazine “Segno.” In the accompanying text, she explained that her original idea for the image came from her desire to illustrate literary metaphors but evolved over a group of photographs into a kind of story following a figure who explores these metaphors. She remarked that what interested her most was the way the figure became absorbed by the pictured atmosphere, rather than hidden. Her work appeared courtesy of Galleria Ugo Ferrante in Rome, where she was included in the exhibition “Cinque Giovani Artisti,” alongside four Italian painters and sculptors.

Francesca Woodman
From the Archives