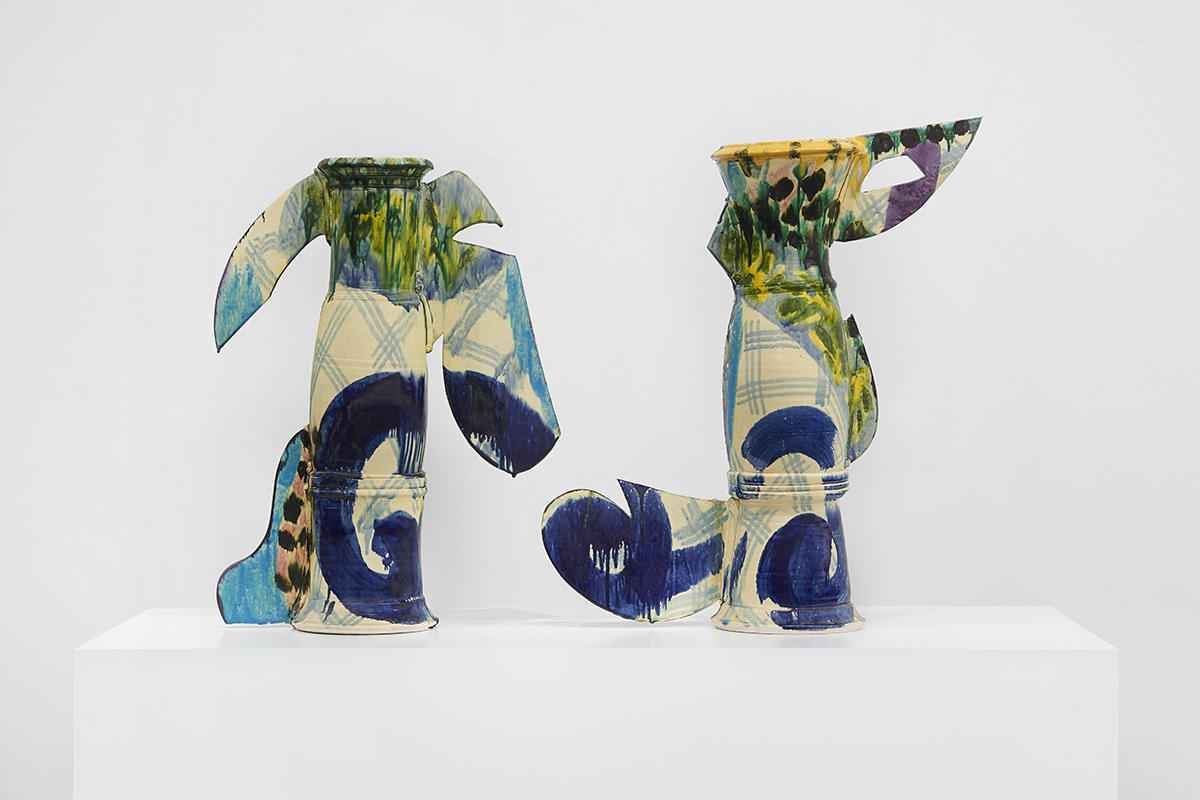 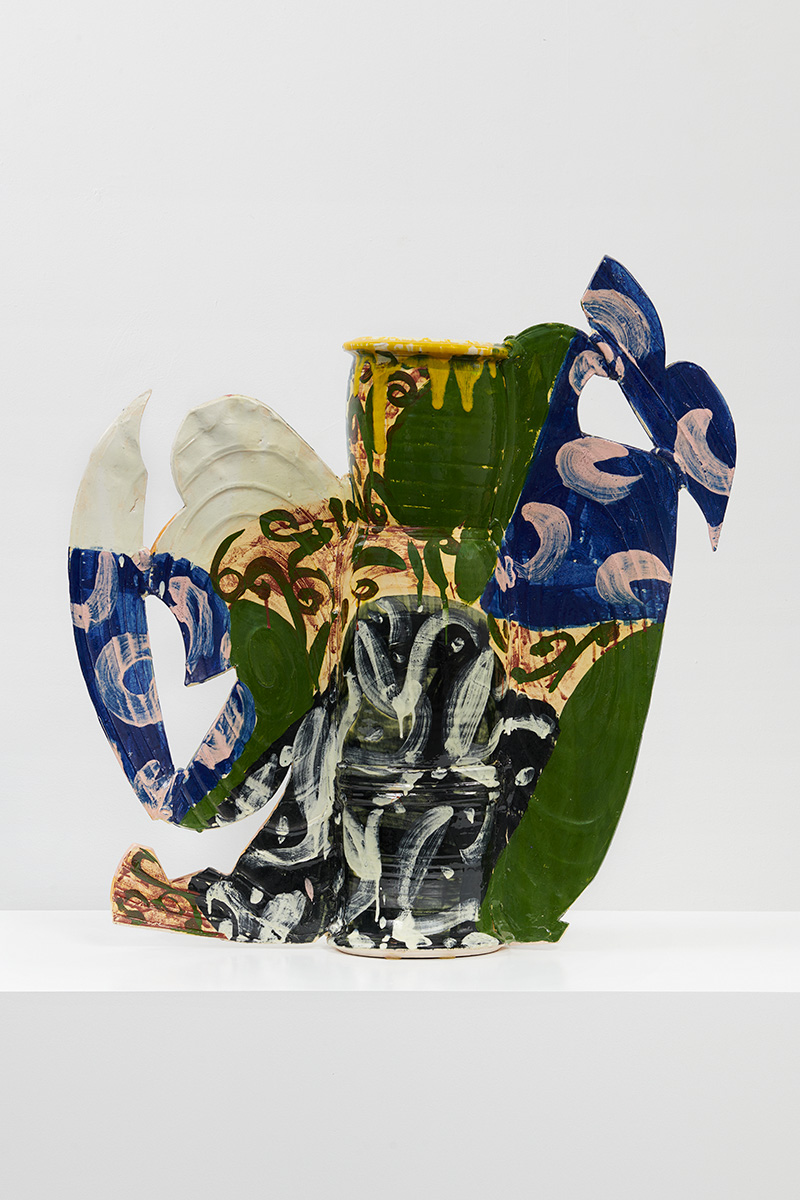 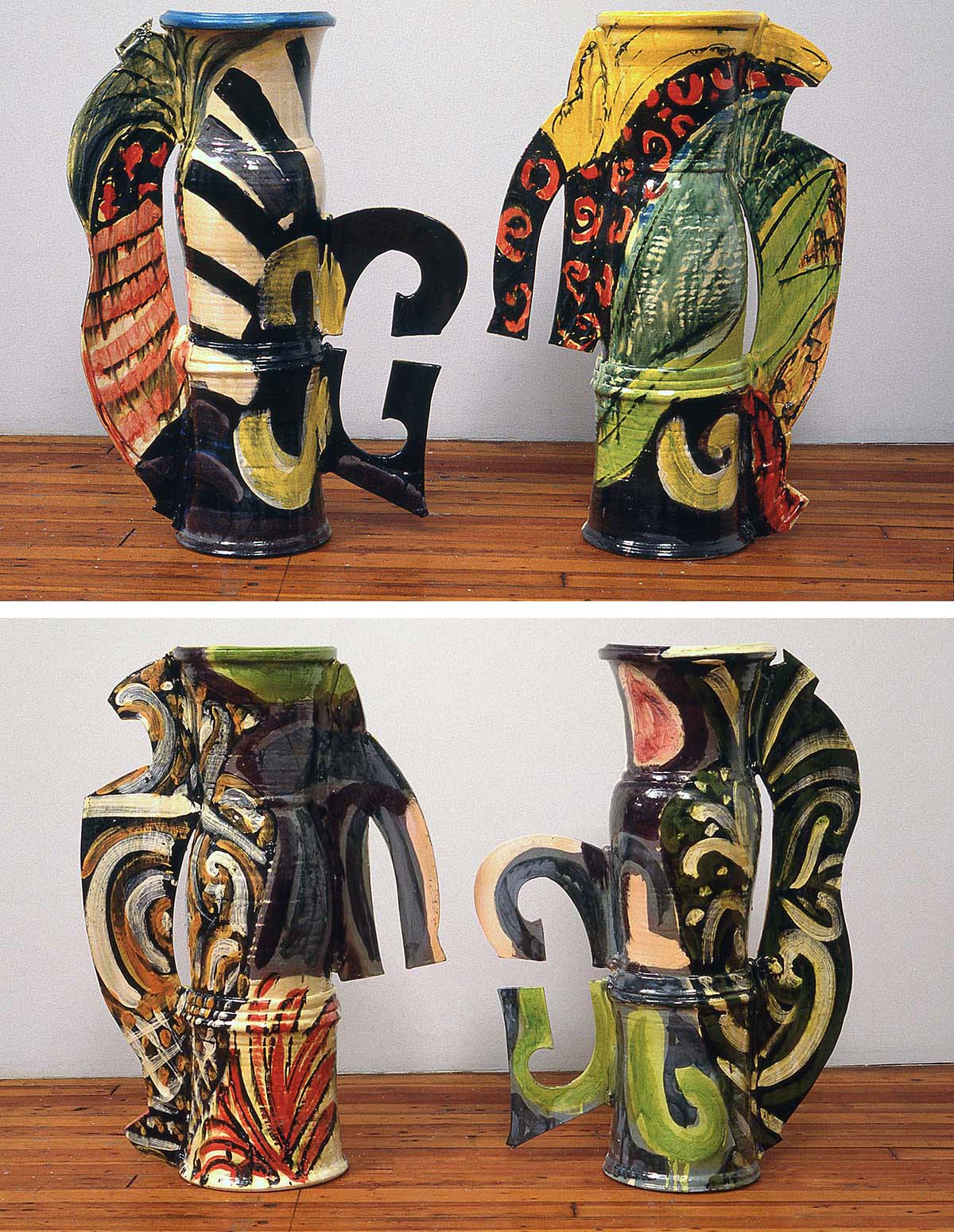 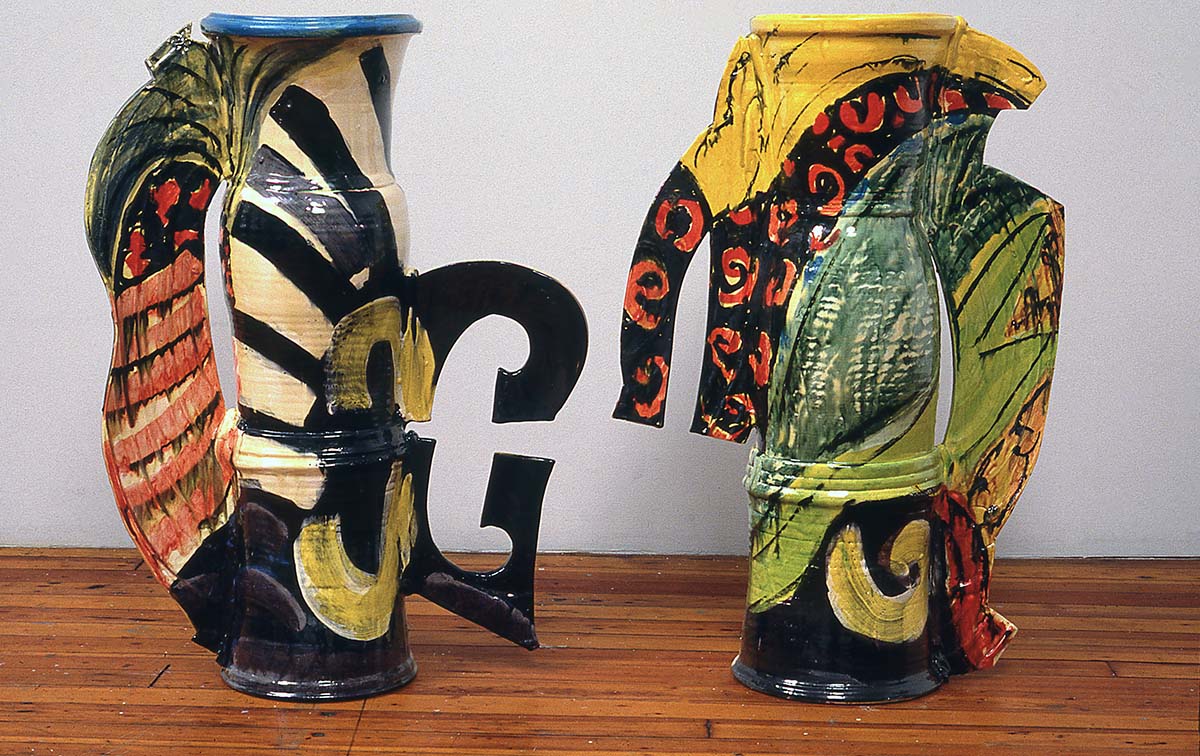 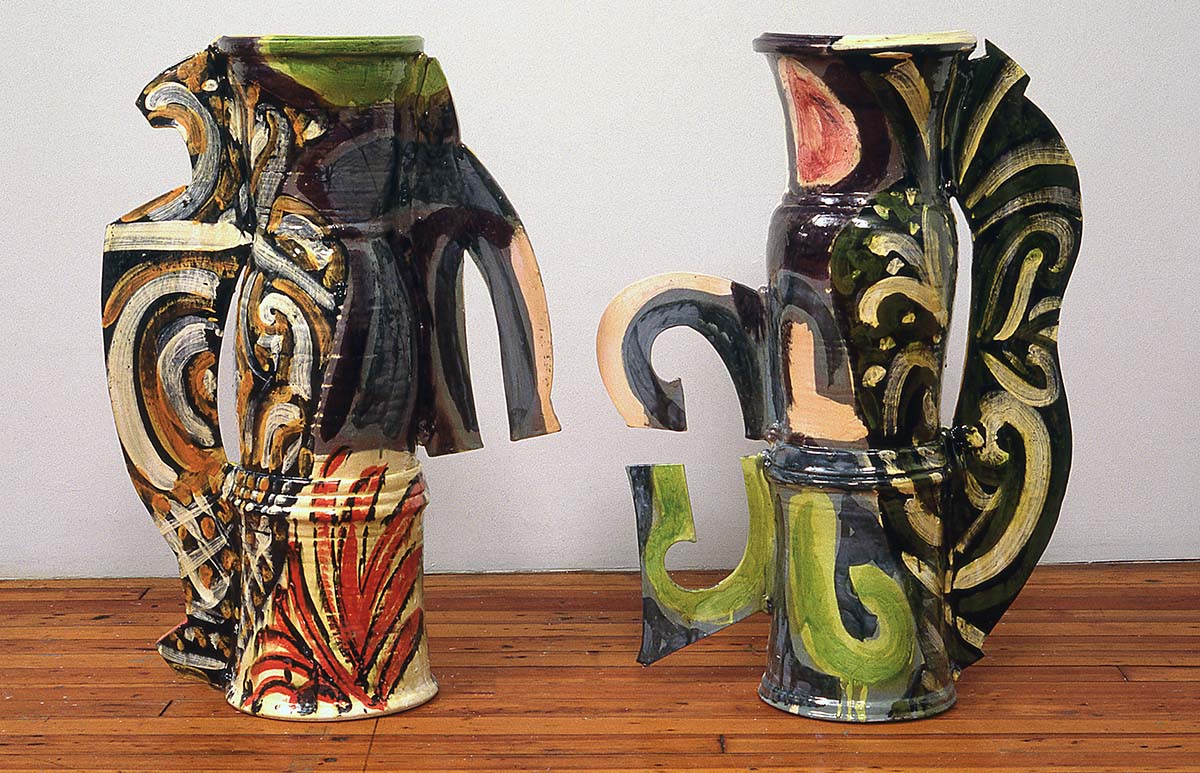 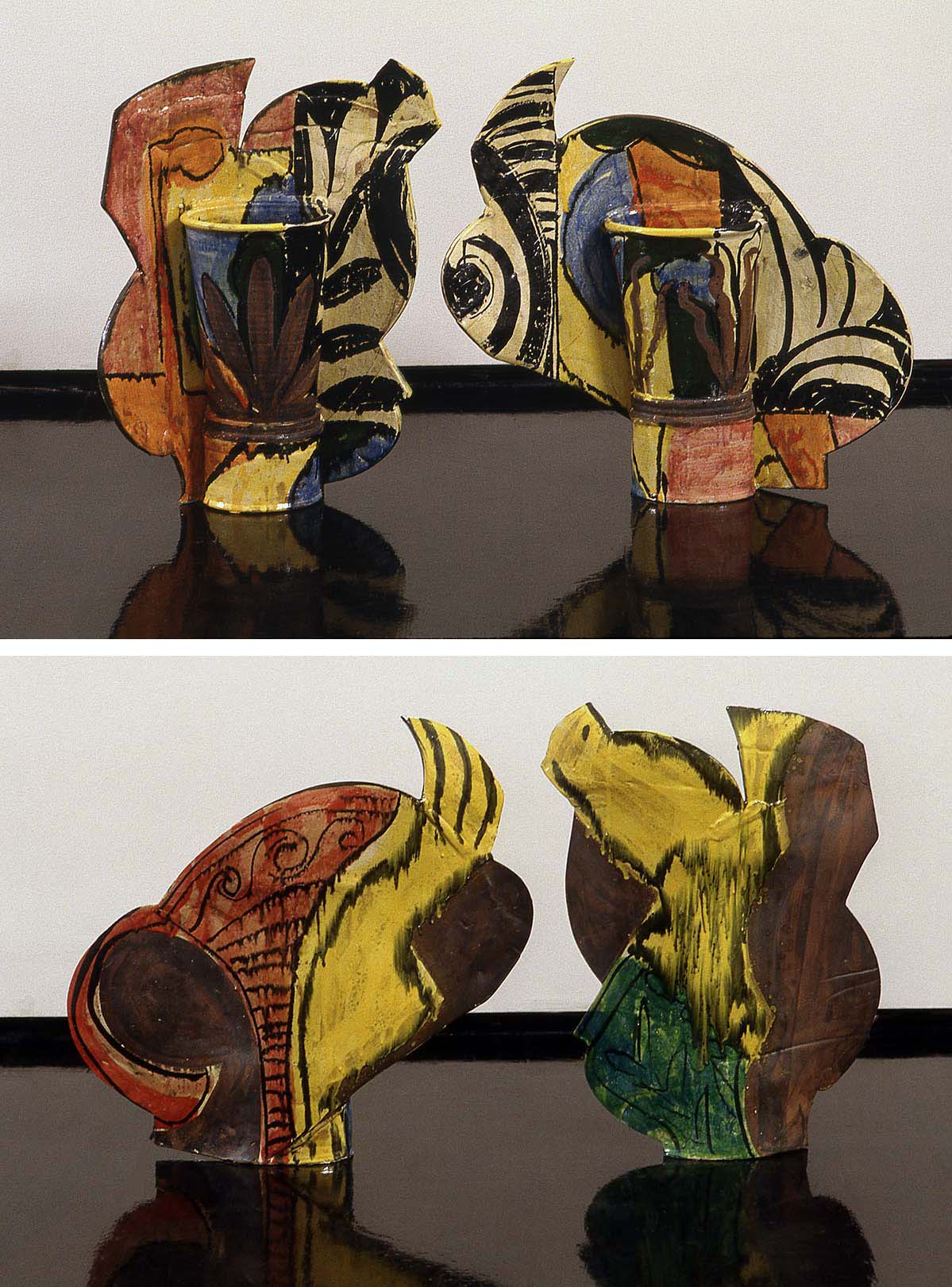 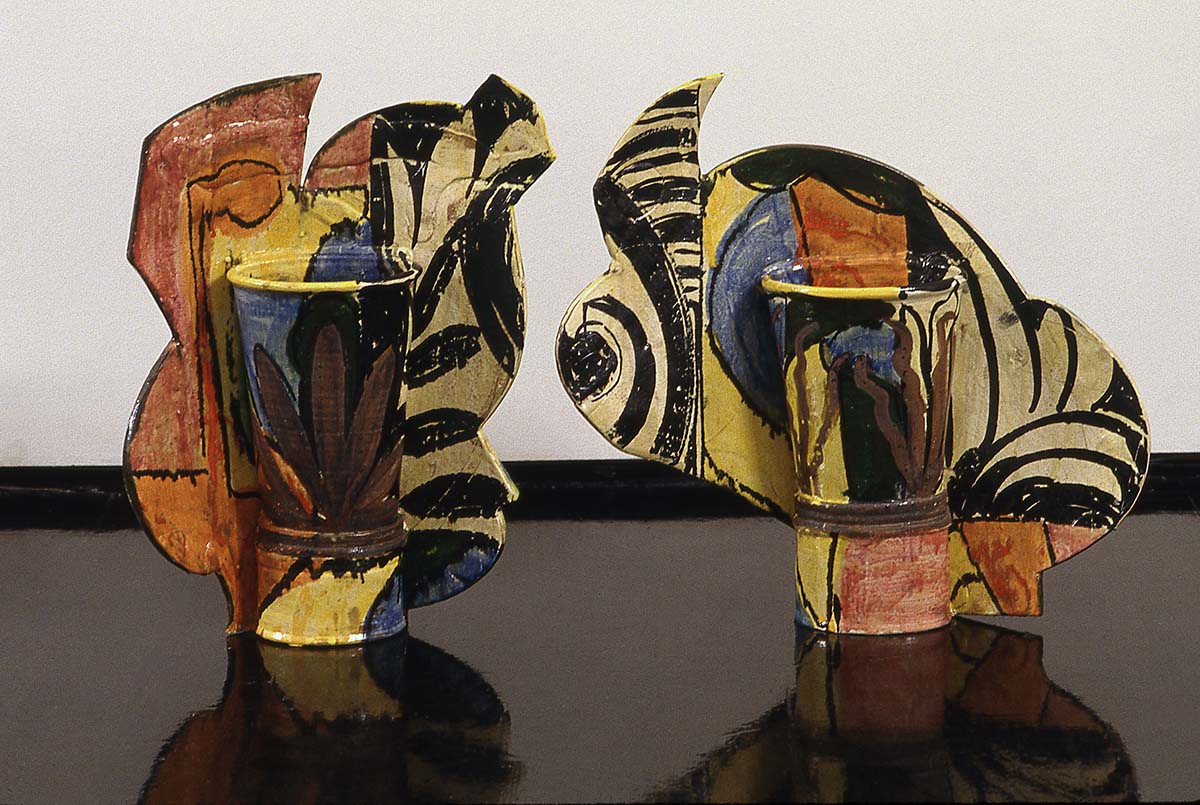 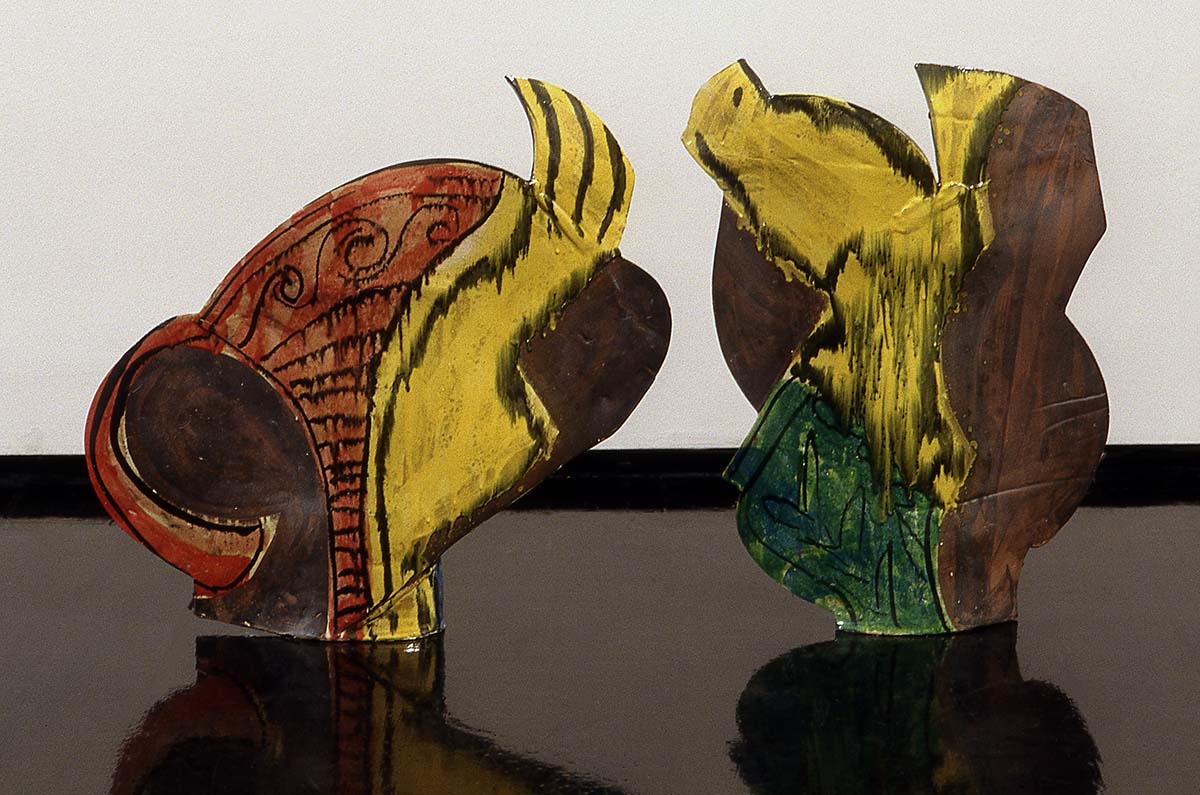 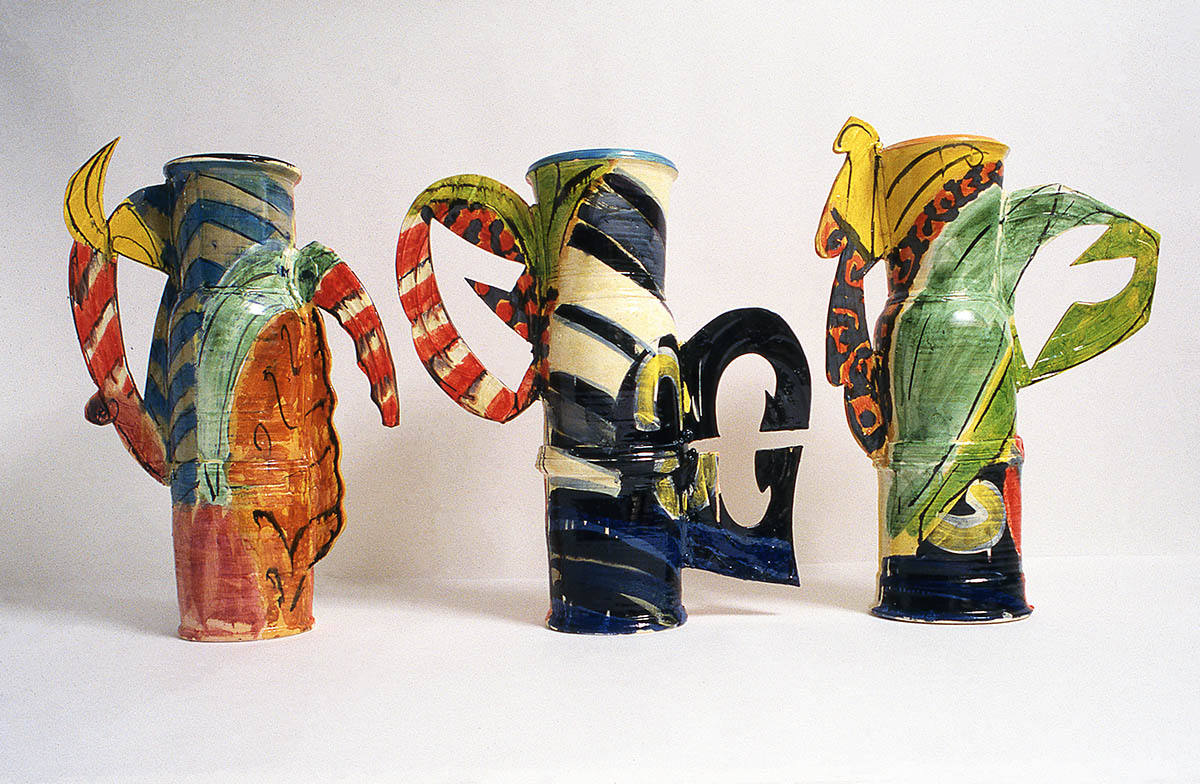 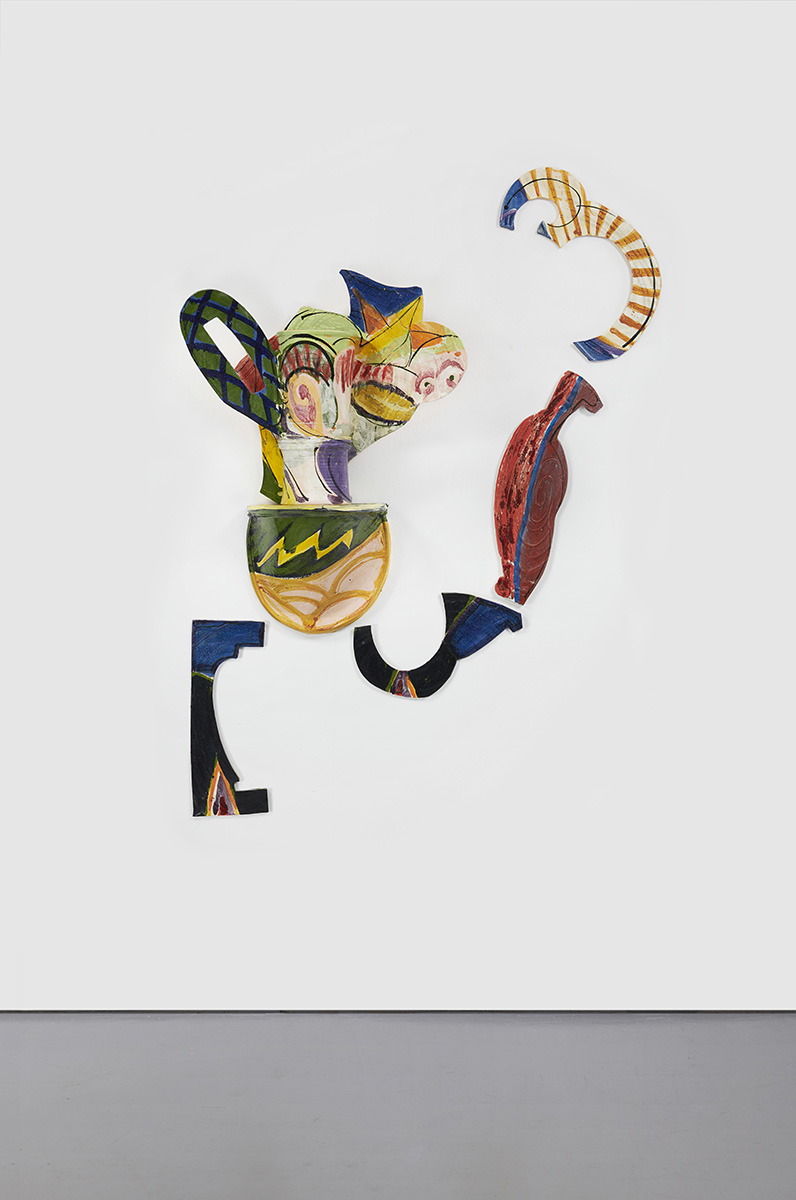 NOW ON VIEW “Betty Woodman: Conversations on the Shore, Works from the 1990s” at David Kordansky Gallery, New York through December 17th.

‍The 1990s was a career-defining period for Betty Woodman in which her work in ceramic declared itself as painting and sculpture through her radical formal innovations. This shift was affirmed by contemporary art critics, who increasingly discussed her work in relation to sculpture and painting of the day. In a New York Times round-up of sculpture exhibitions in galleries around the City in the spring of 1990, Roberta Smith urged audiences to see Woodman’s “large-scale ceramic vases [which] cross the line into sculpture and also include quite a bit of painting” at Max Protetch Gallery. She continued: “Sometimes her gently curving cylinders and their flat sleeve-like appendages suggest beautifully robed women, especially with titles like “Kimono Vase”…In other instances, the appendages parody the traditional handle or imply a background scene, as if the vases were part of a large painting fragment.” Years and many articulations of Woodman’s ideas later, John Perrault observed in “Review” in 1997 that “Three-dimensional works are pulled back into two-dimensions by the device of having differently decorated fronts and backs…In a pair of large vases (“Double Vase Diptych”), vases in front of cut-outs (“Two Women Vase Diptych”), vases within cut-out handles, vases behind cut-outs, the front/back disjuncture simultaneously flattens the configuration, but paradoxically intensifies physical, three-dimensional presence.” Of the works shown that year at Max Protetch, he continues: “At the center of the vessel is the void, a kind of three-dimensional negative space. Woodman flattens this void in her multi-unit, freestanding artworks—duets and trios—by articulating the spaces between the forms through the use of sharp silhouettes. In the wall works, the outlines of the vessels, the shelves, the “shadows” and the free-floating shapes create the planar negative space sometimes used in abstract painting, but now transferred to the wall as a mural.”

Please click the links below to read these reviews and others.