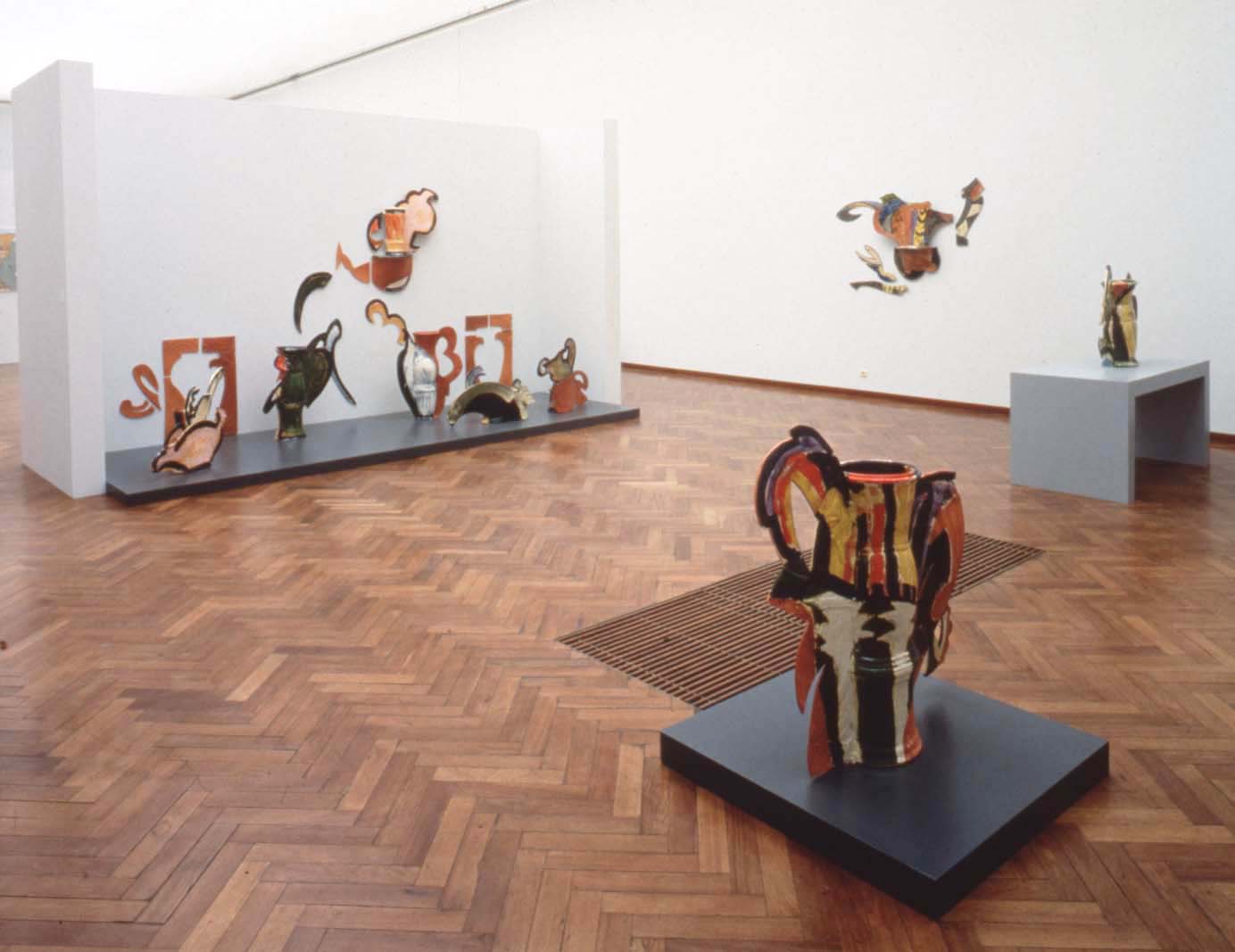 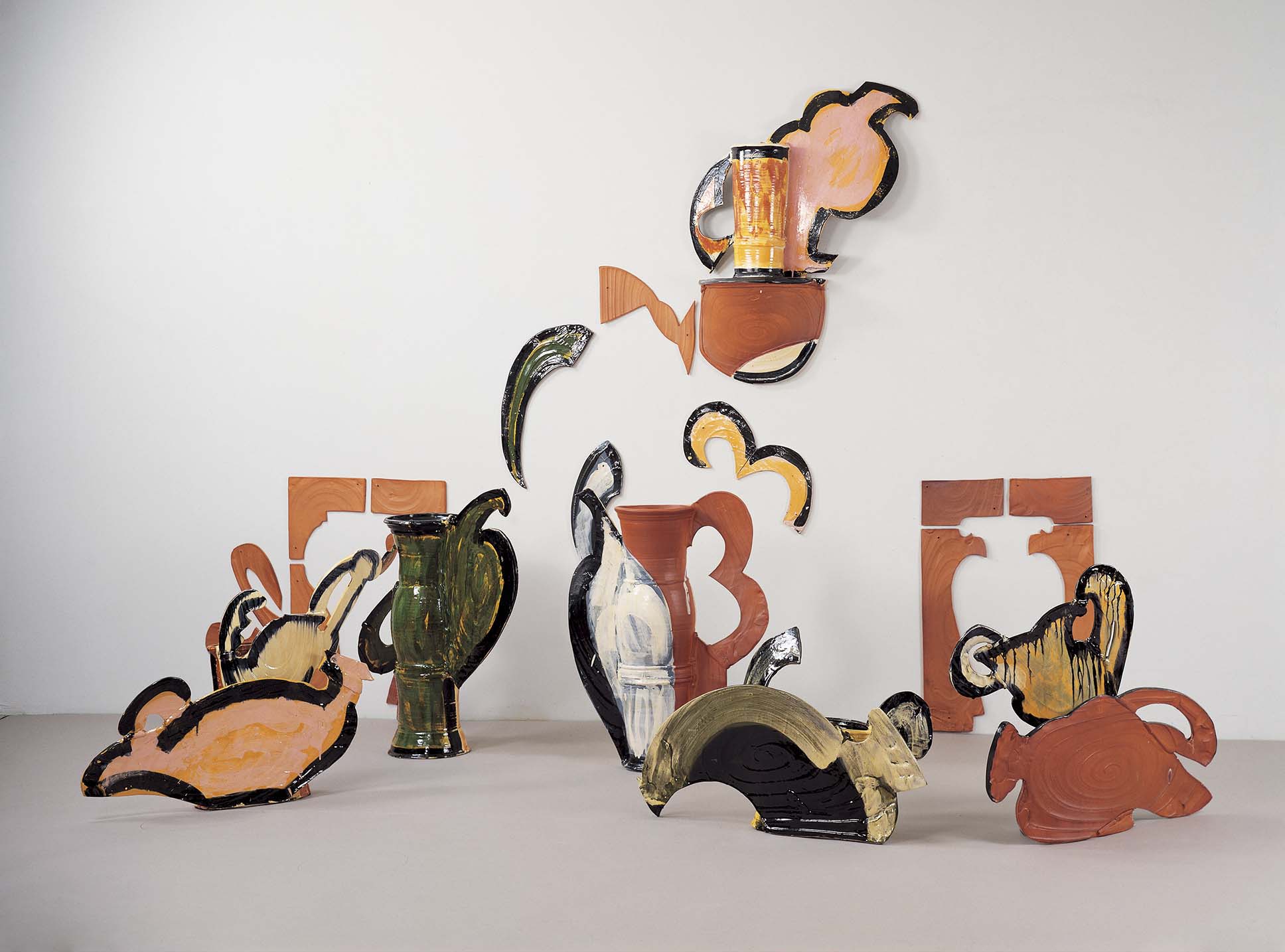 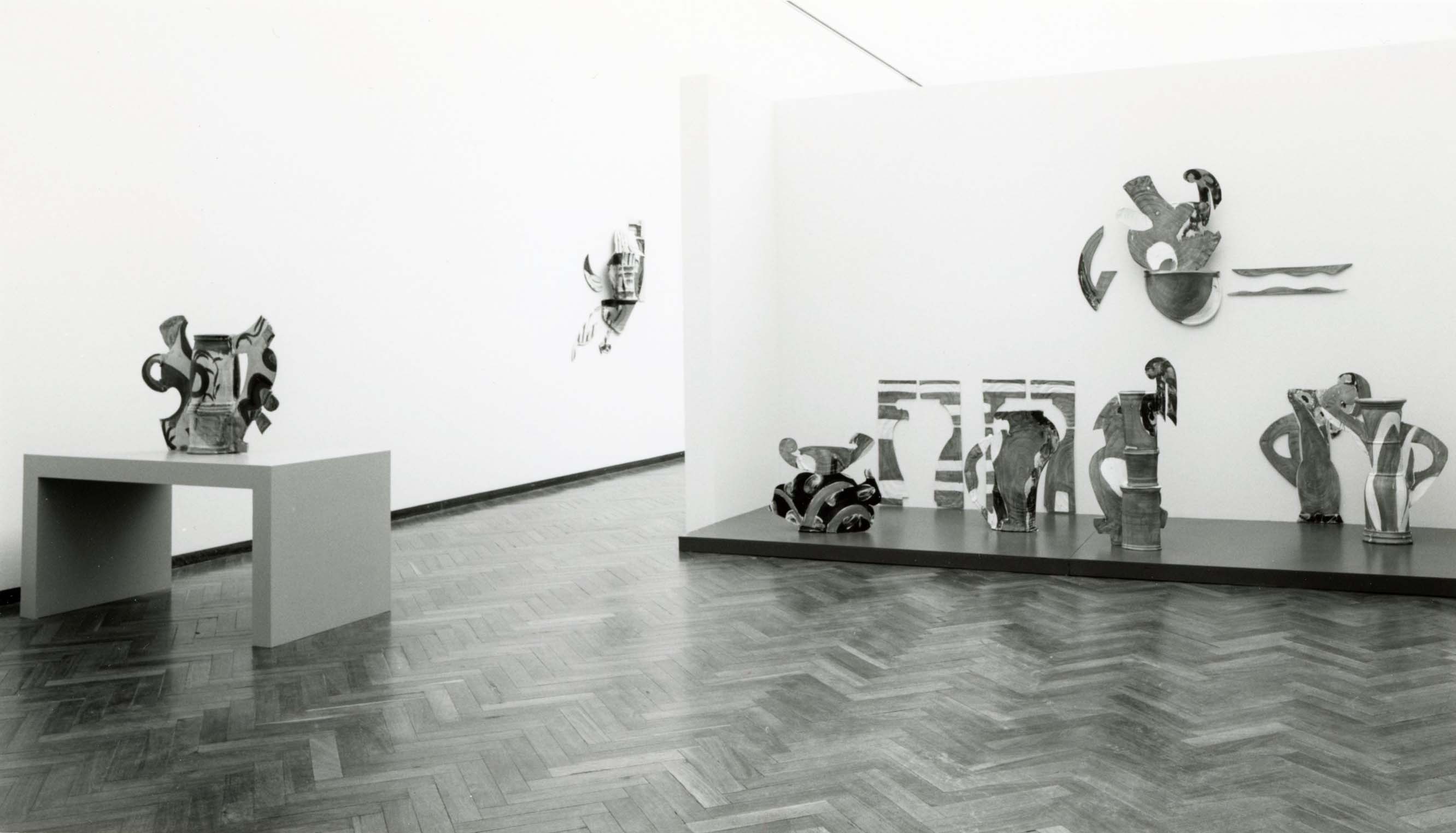 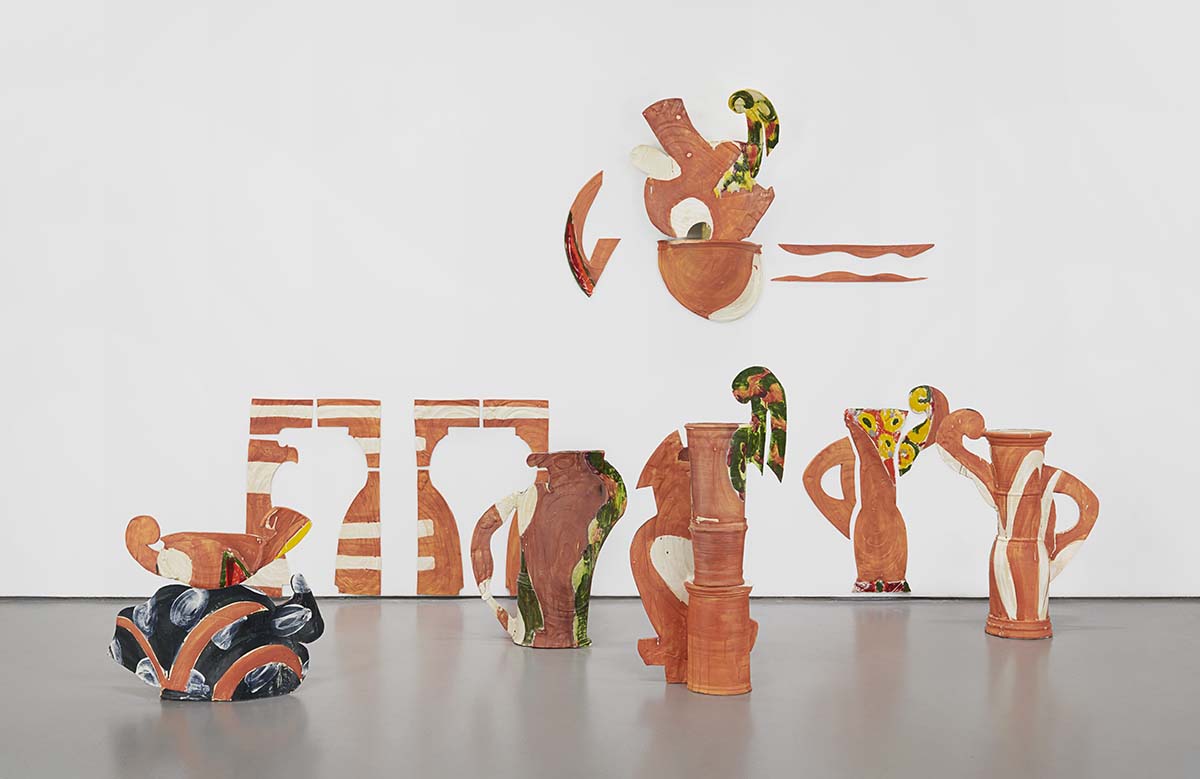 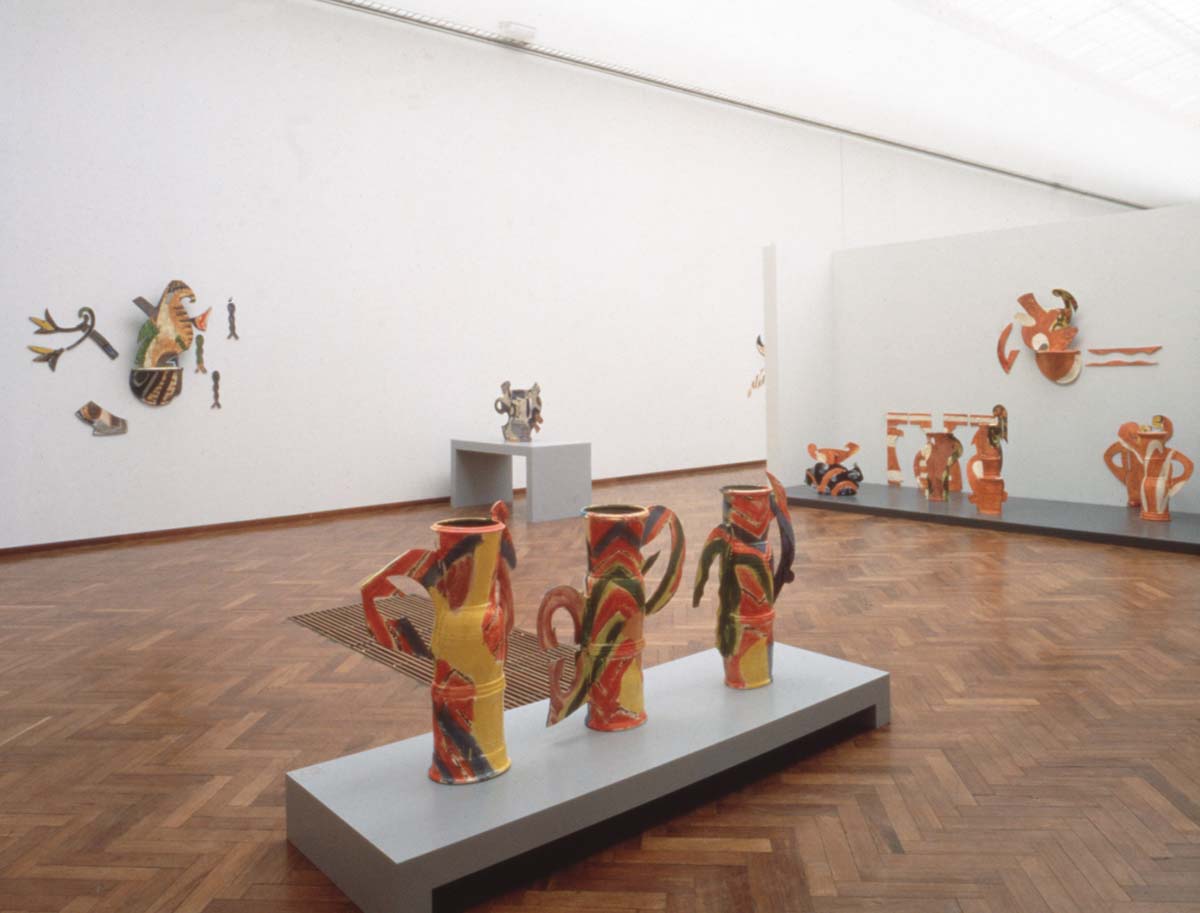 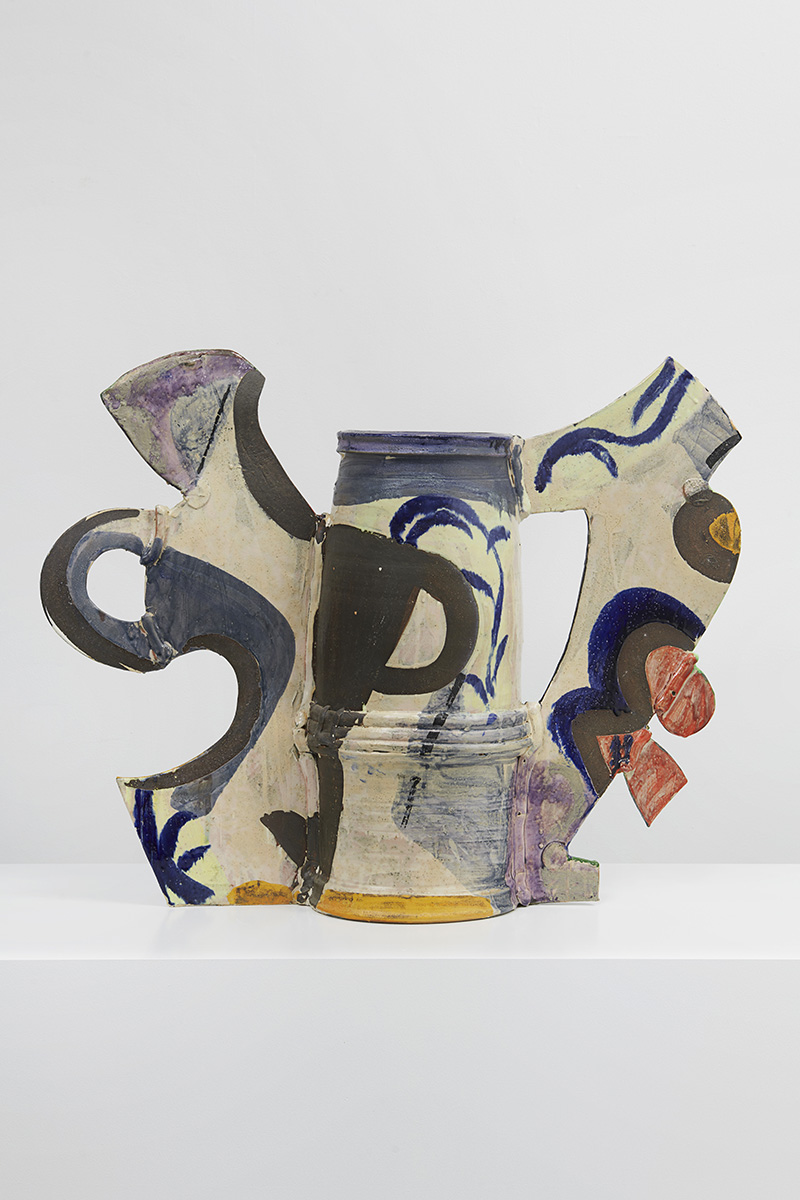 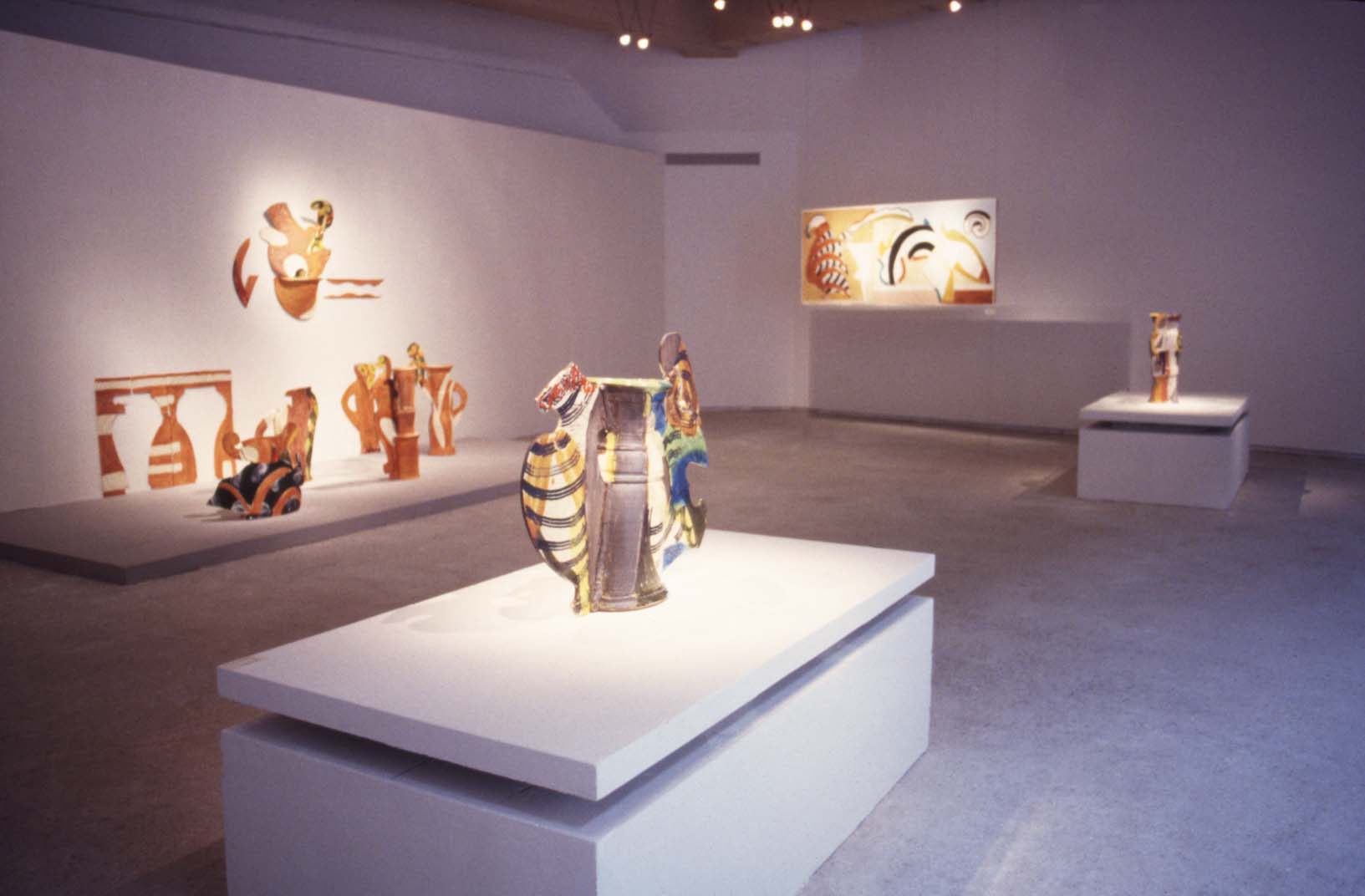 NOW ON VIEW Betty Woodman: Conversations on the Shore, Works from the 1990s at David Kordansky Gallery, New York through December 17th.

‍In September of 1996, the Stedelijk Museum in Amsterdam opened Betty Woodman, a major exhibition of the artist’s work and her largest in Europe at that point. The works on view included two installations—Women at the Fountain (1992) and Conversations on the Shore (1994)—in which Woodman for the first time combined free-standing vases on the floor with an array of wall-mounted vases and flat ceramic elements. Together these formed animated and theatrical compositions, creating a mise-en-scene for her figure-like vessels. Also included were a number of single vases, diptychs and triptychs featuring the gesturing, wing-like “handles” and flat façades that became Woodman’s signature, beginning in the 1990s. The exhibition included a catalogue with an essay by influential critic Arthur Danto and later toured to Fundação Calouste Gulbenkian, Lisbon, Portugal in 1997; Musée d’Art Contemporain, Dunkerque, France in 1997; and Provincial Museum voor Moderne Kunst, Oostende, Belgium in 1998.

Two works from this exhibition are now on view for the first time since the late 1990s in Woodman’s solo exhibition at David Kordansky Gallery, New York: Conversations on the Shore (1994) and Sala da Pranzo (1995). Women at the Fountain is in the collection of Belgium’s national museums.