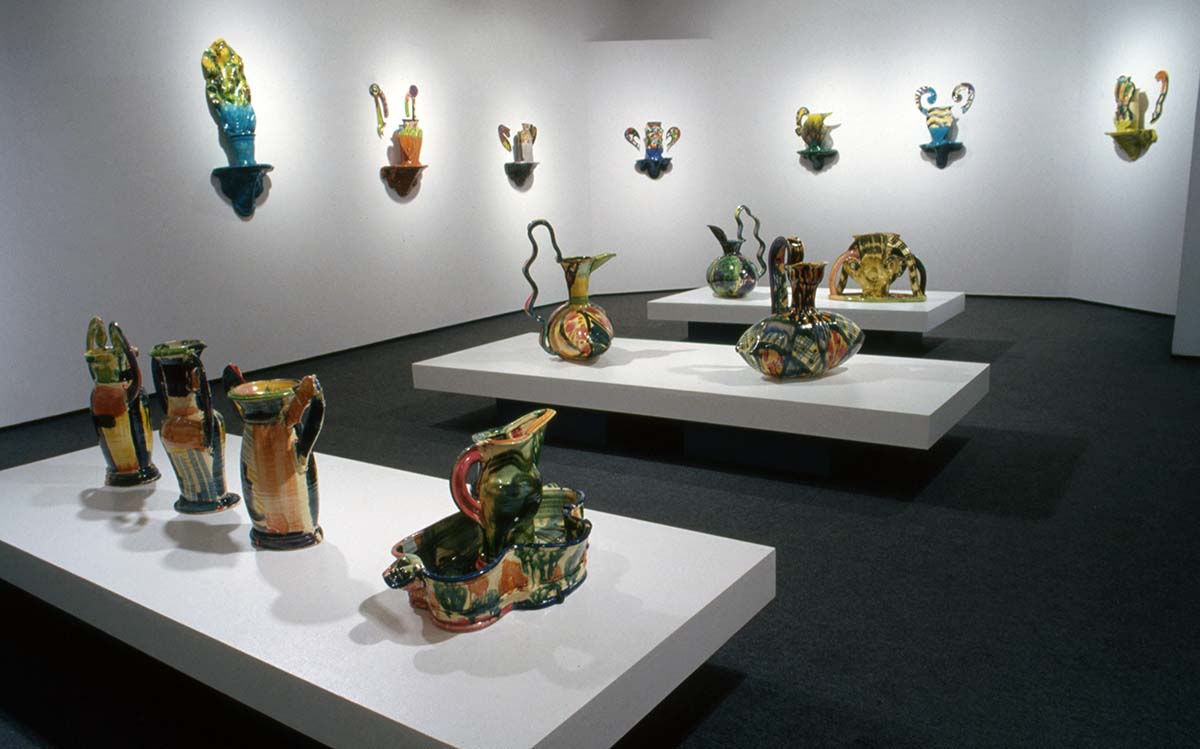 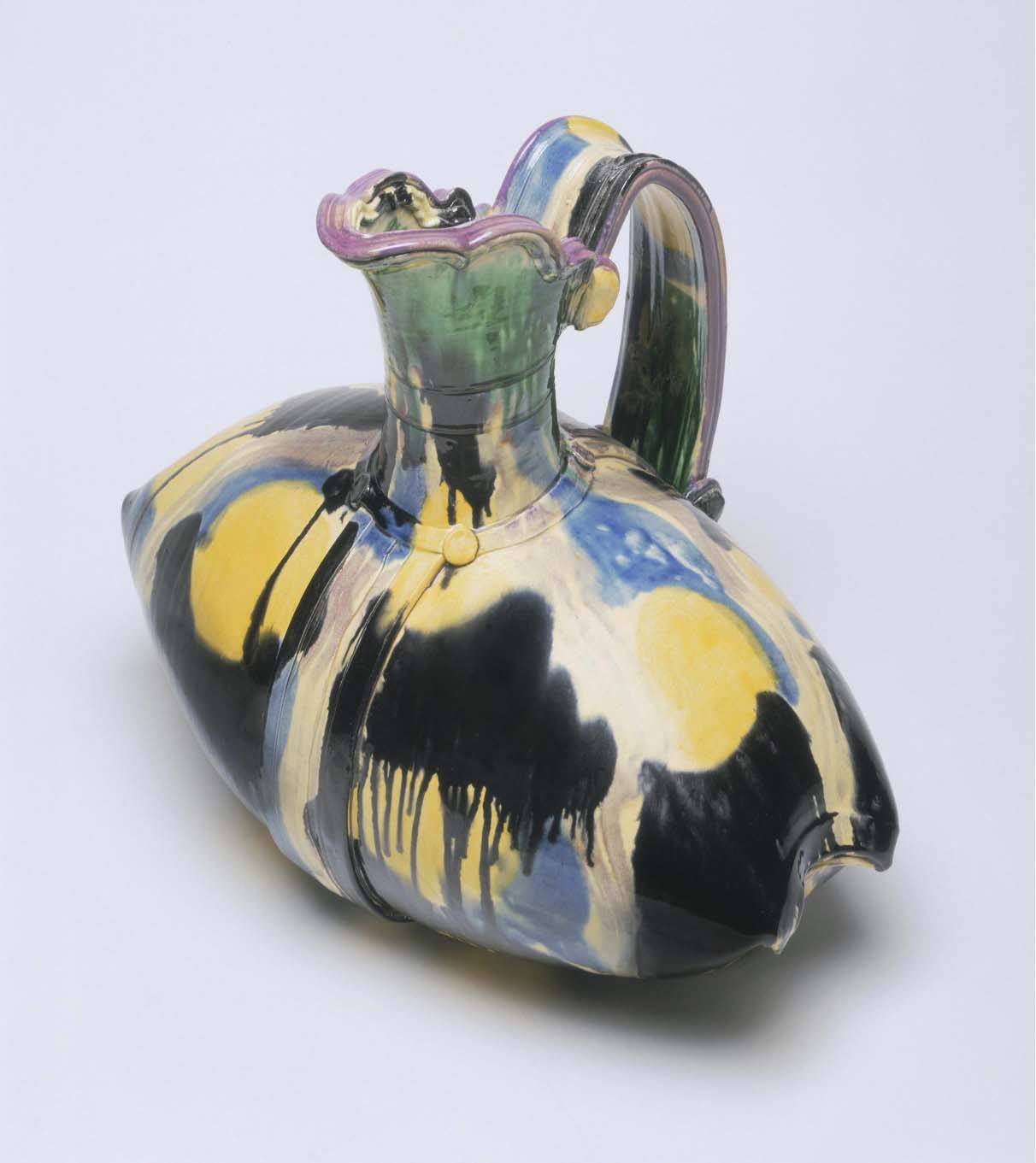 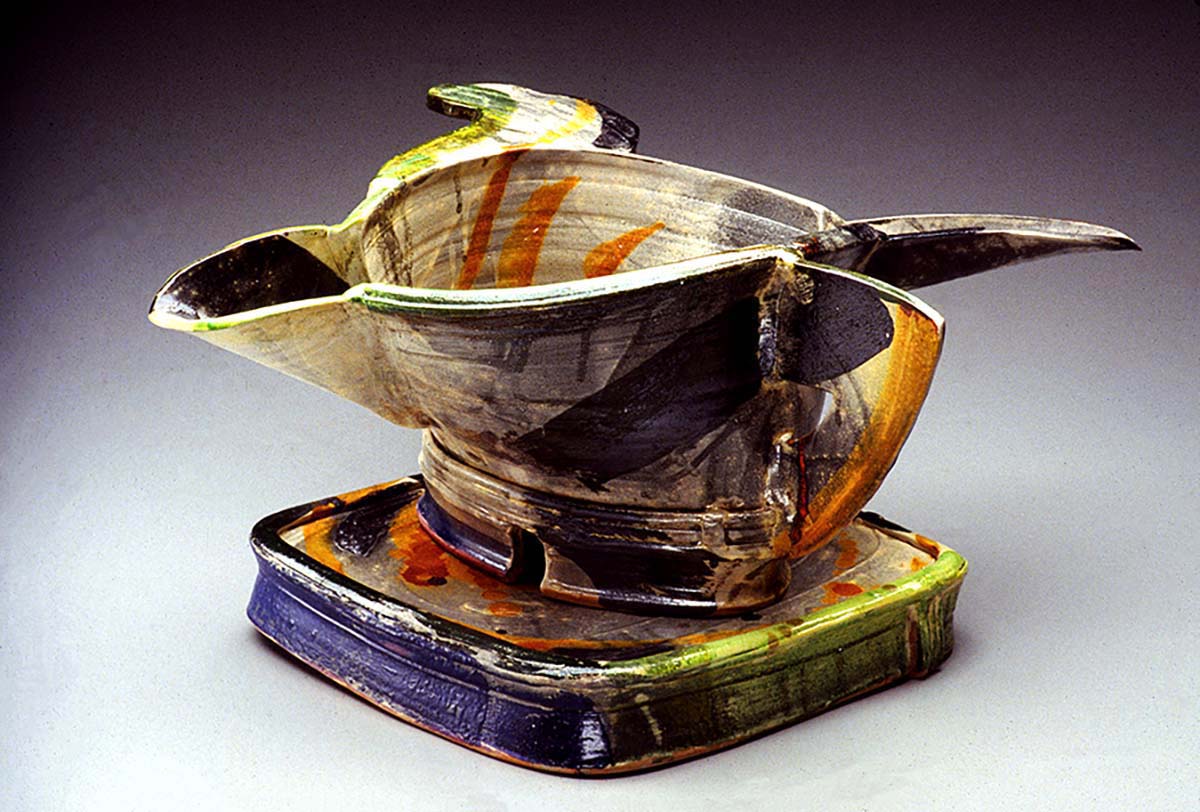 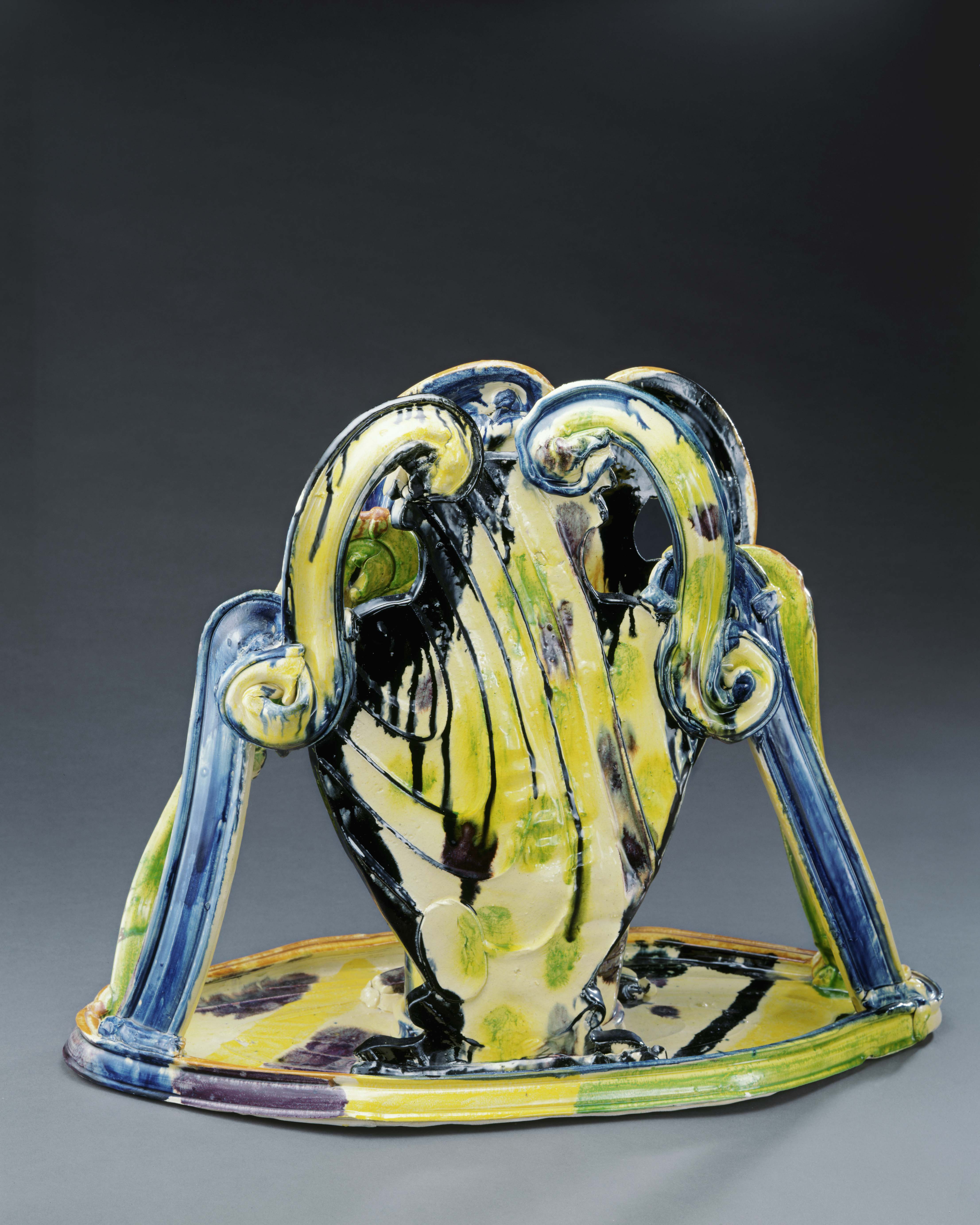 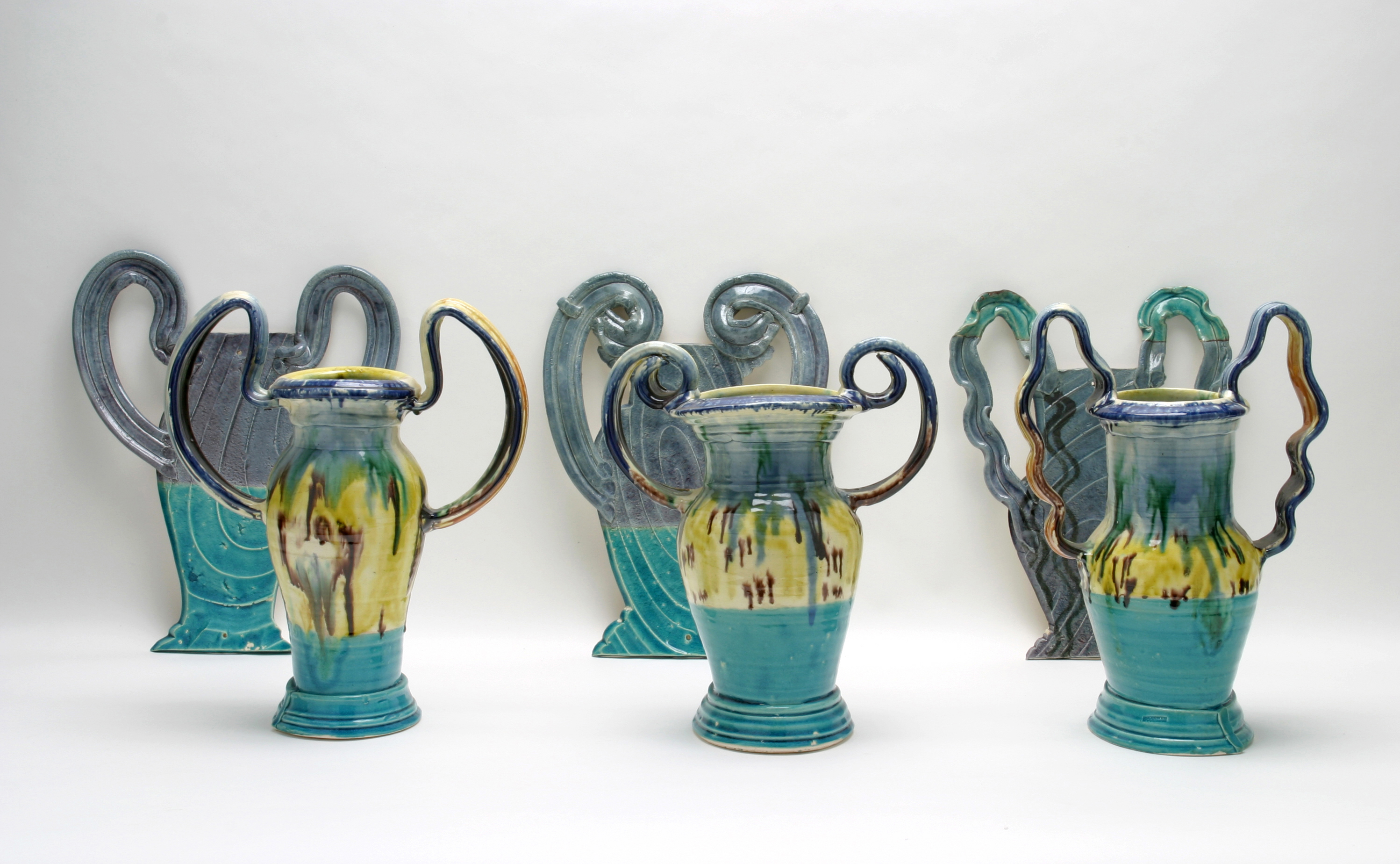 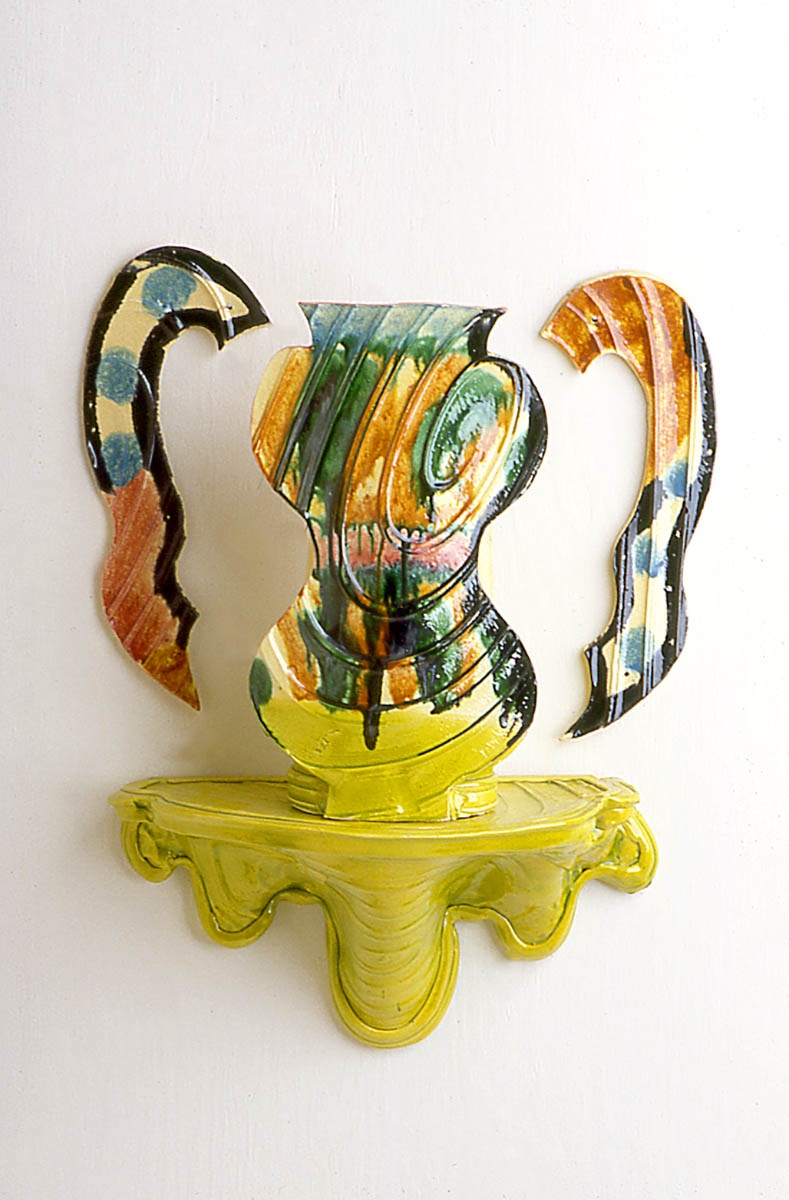 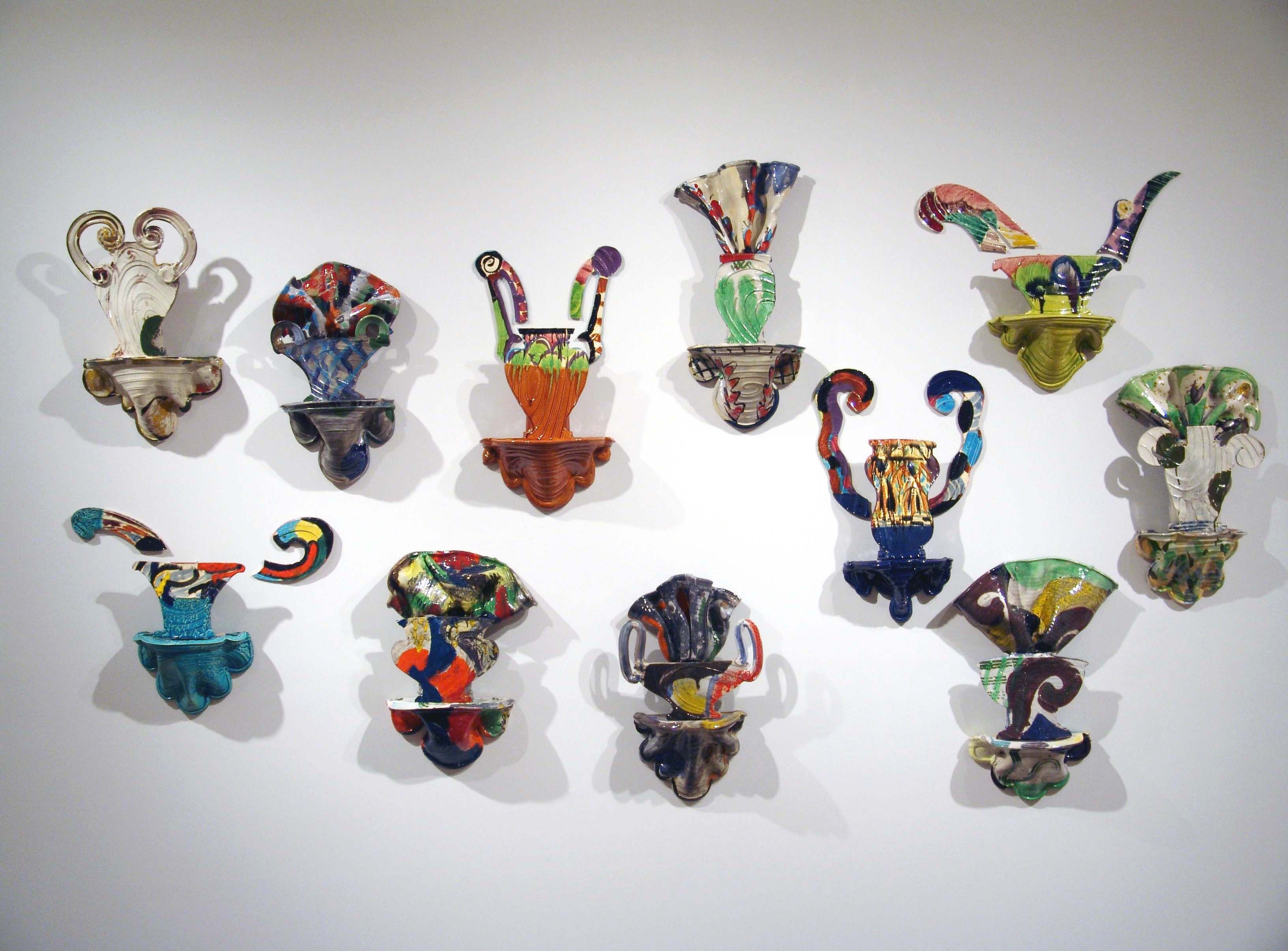 NOW ON VIEW “Betty Woodman: Conversations on the Shore, Works from the 1990s” at David Kordansky Gallery, New York through December 17th.

Betty Woodman began her career as a potter, inspired by a Bauhaus ethos to make beautiful objects for people to use in their daily lives. By 1980, when she and her husband George Woodman—a painter and photographer—purchased the New York City loft where they lived and worked for part of each year until the end of their lives, she had already begun moving away from the purely functional concerns of ceramics. Woodman began collaborating with artists connected to the Pattern and Decoration Movement, experimenting with other media through the Fabric Workshop and Museum, and creating ambitious installations in clay. In 1983, she began showing with Max Protetch Gallery, where she joined a number of artists similarly concerned with the edges of a craft / art discourse. Soon after, she left functional pottery behind for good, and instead her concerns became conceptual and sculptural. She began to make vases about vases, as subject rather than object References to function were exaggerated and almost absurd. Woodman’s “pillow pitchers” were too unwieldy to reasonably use, her soup tureens would have been difficult for serving, her napkin holders demanded pedestals rather than tabletops. Her use of color and gestures as a painter became more sophisticated. She began assembling groups of vessels and clay fragments into compositions. Ceramic slabs became a surface. By the end of the decade, Woodman was comfortably working on the wall—a painters’ space. All of this culminated in her definitive and career-changing shift in the 1990s.

David Kordansky Gallery
Betty Woodman: Conversation on the Shore, Works from the 1990s
Backstories
Back
Keep up with the latest news on Betty, Francesca and George Woodman and join our mailing list.
All images © Woodman Family Foundation / Artists Rights Society (ARS), New York. Design by condensed