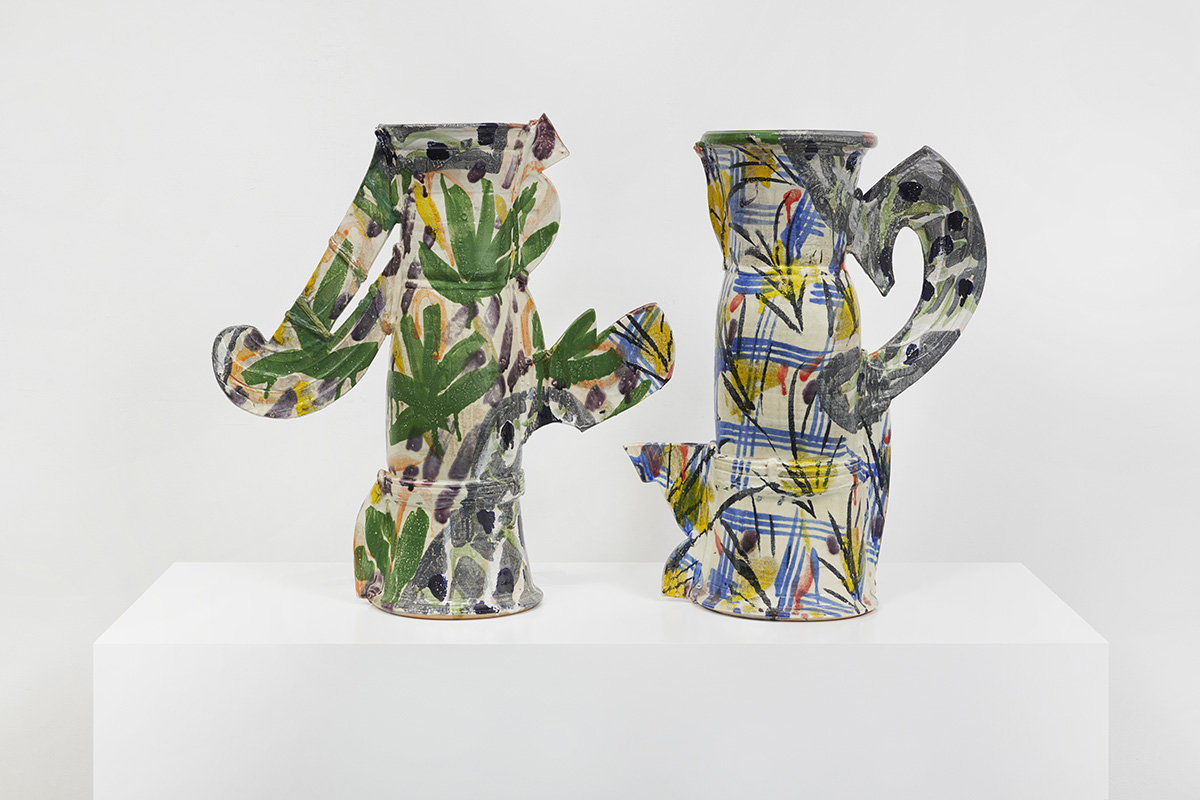 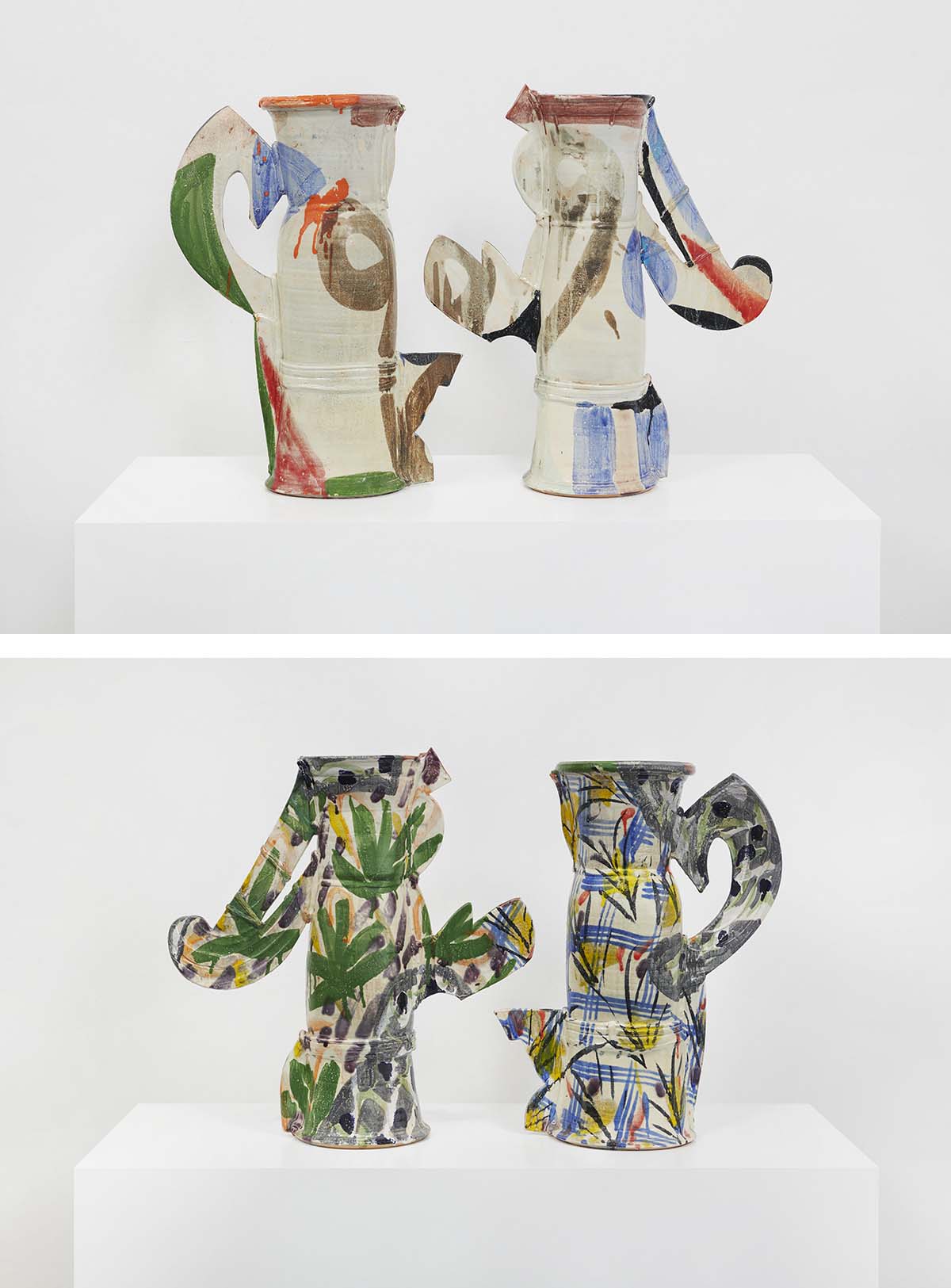 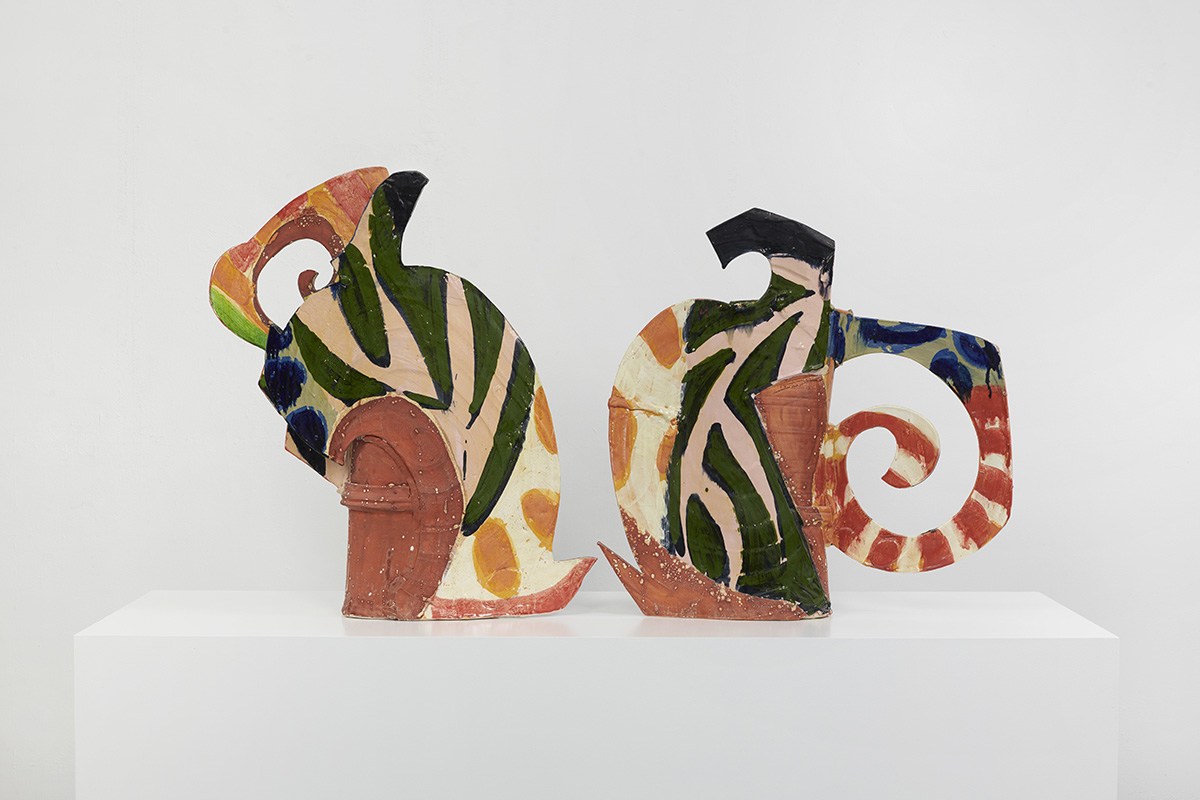 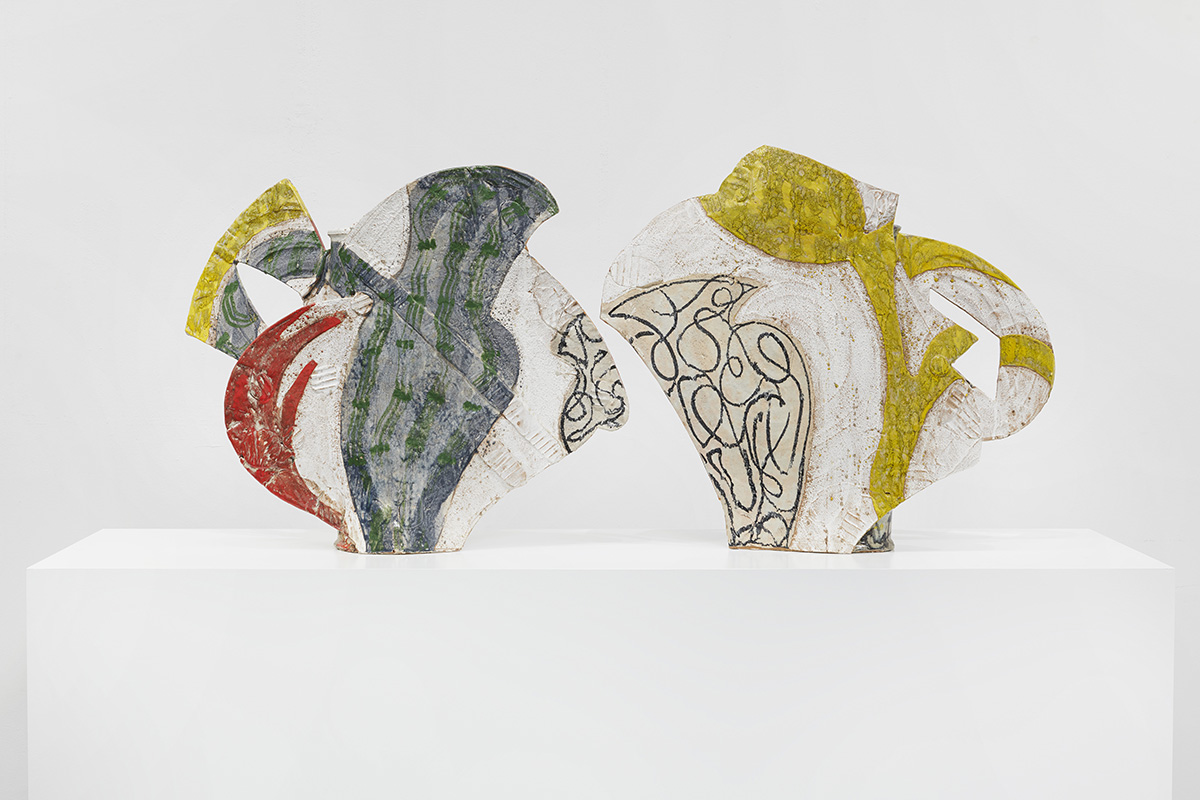 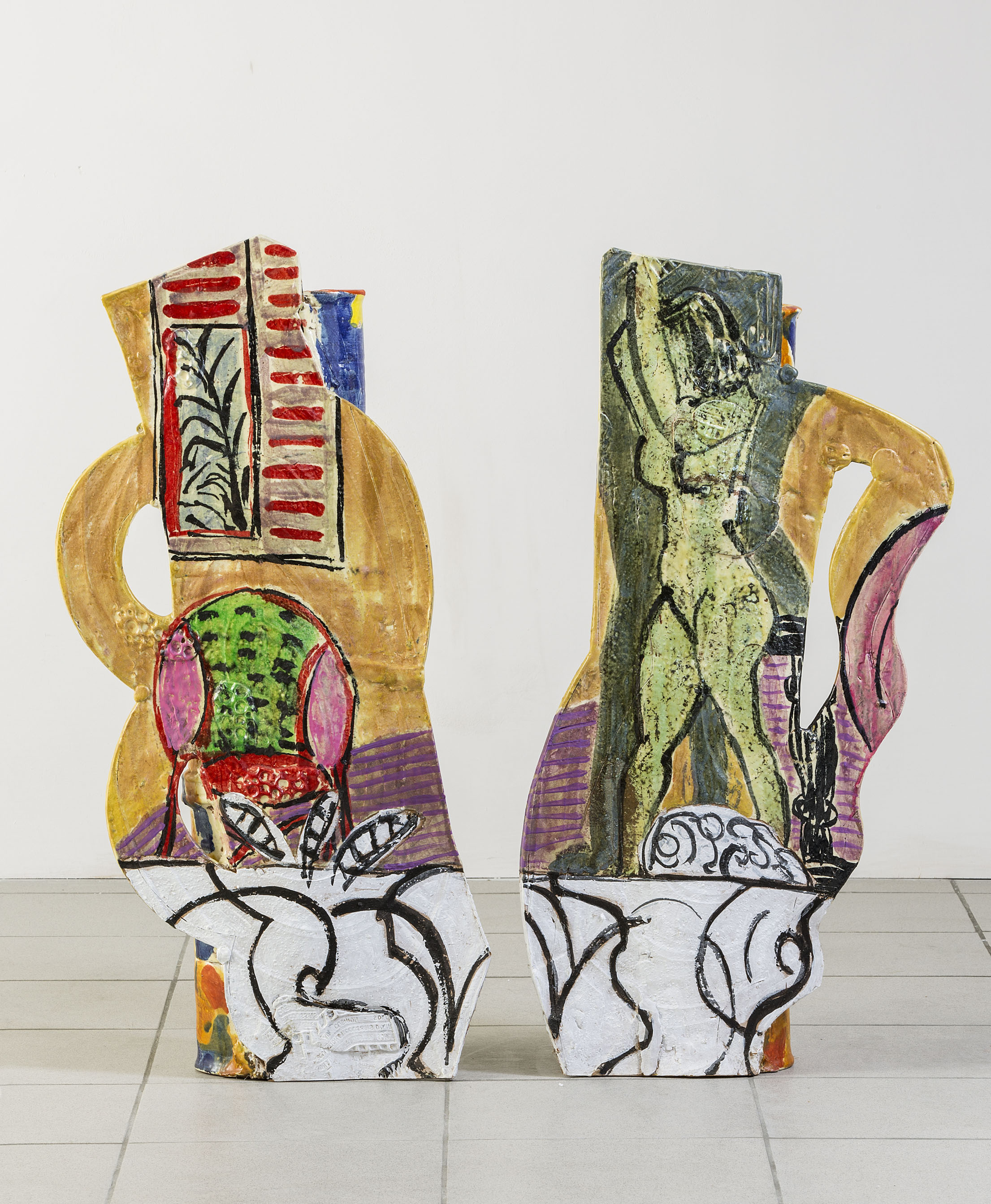 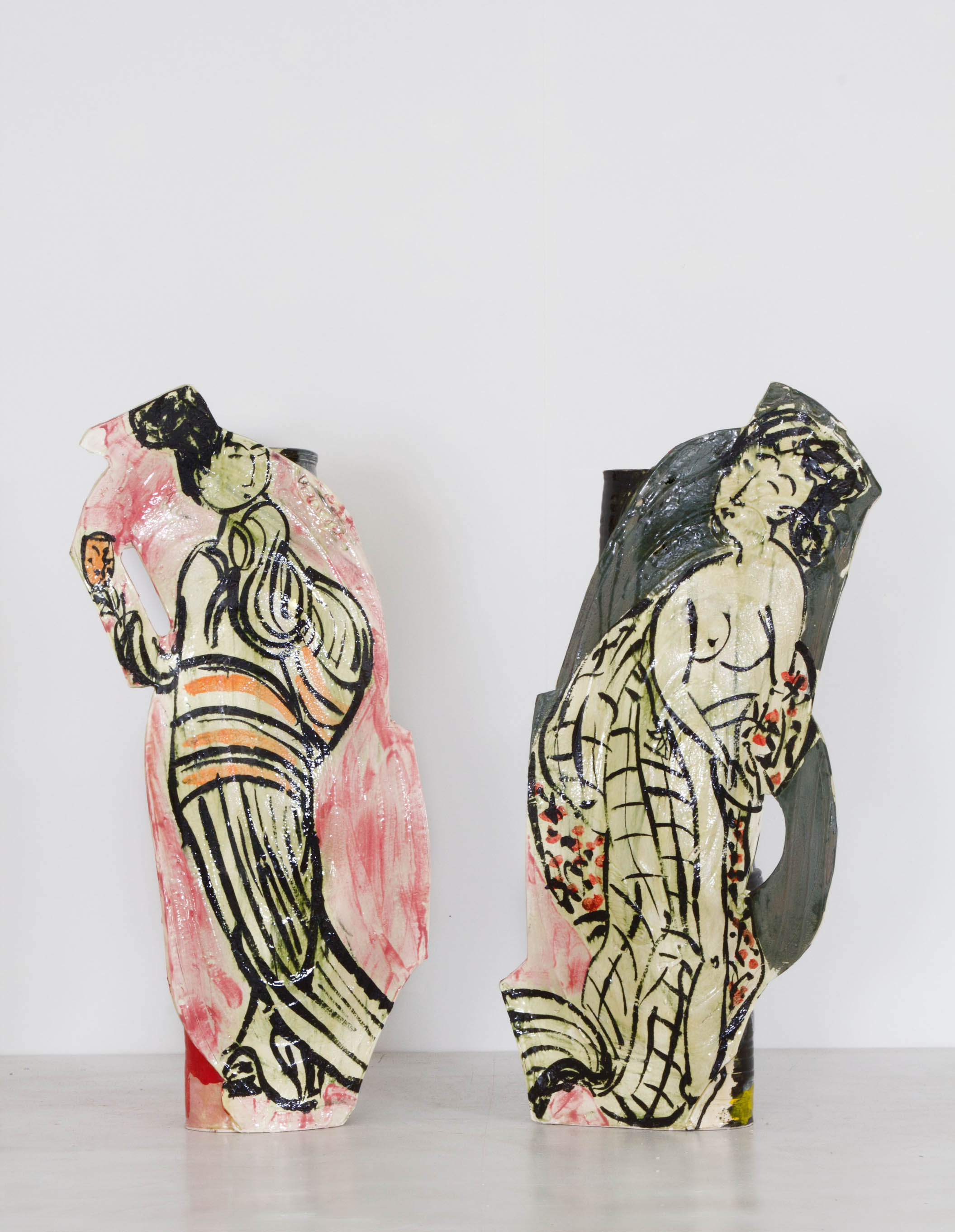 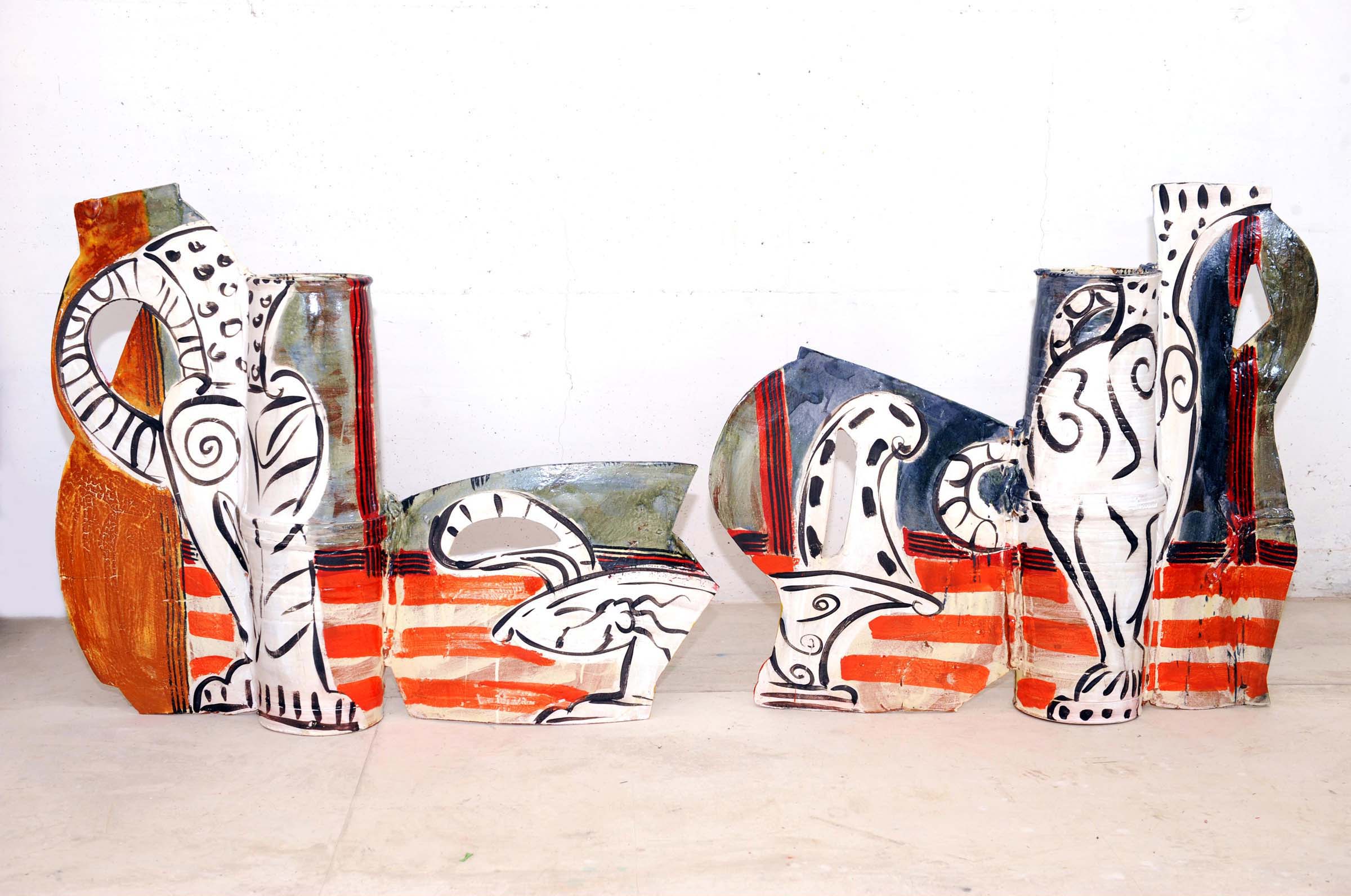 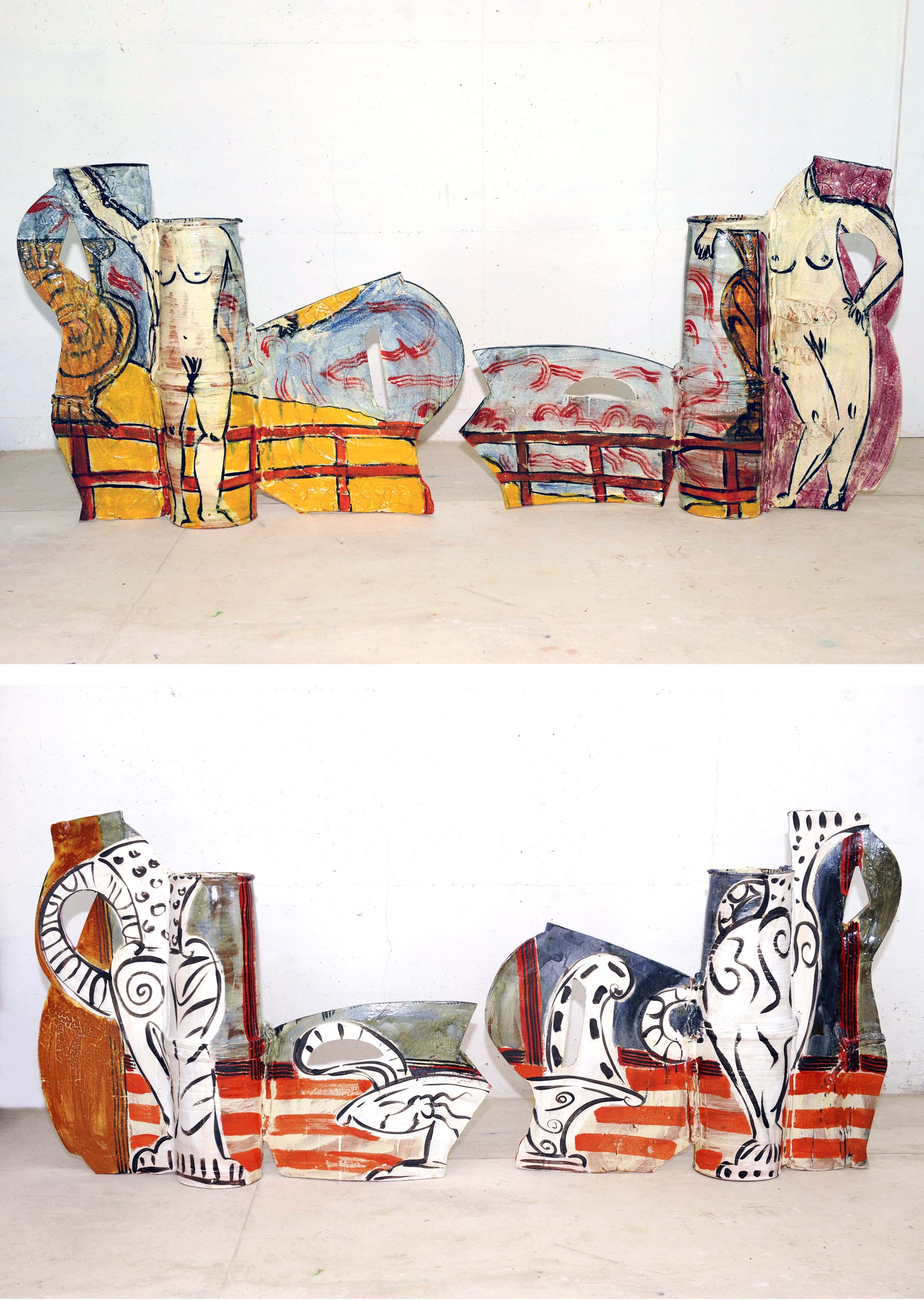 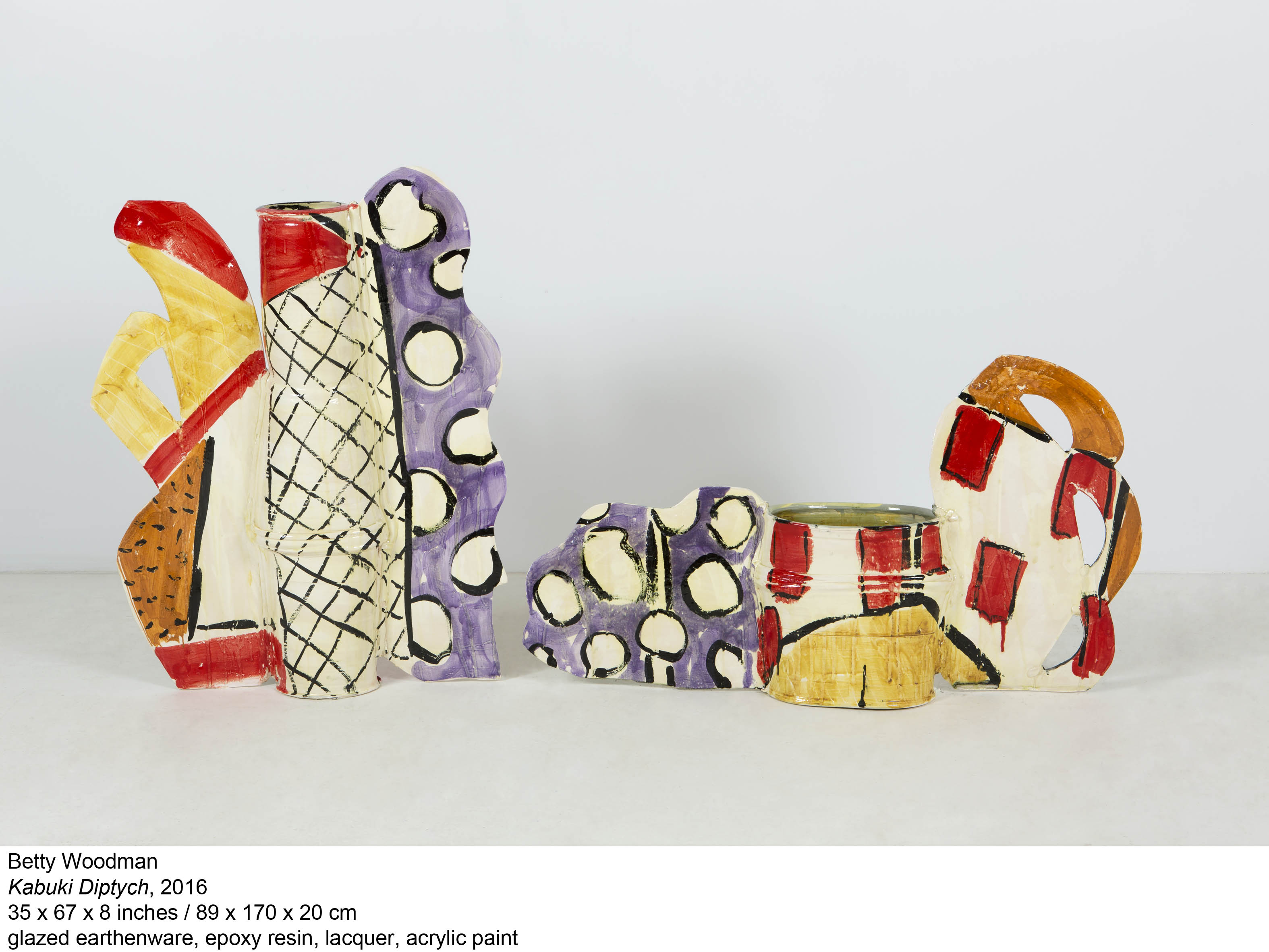 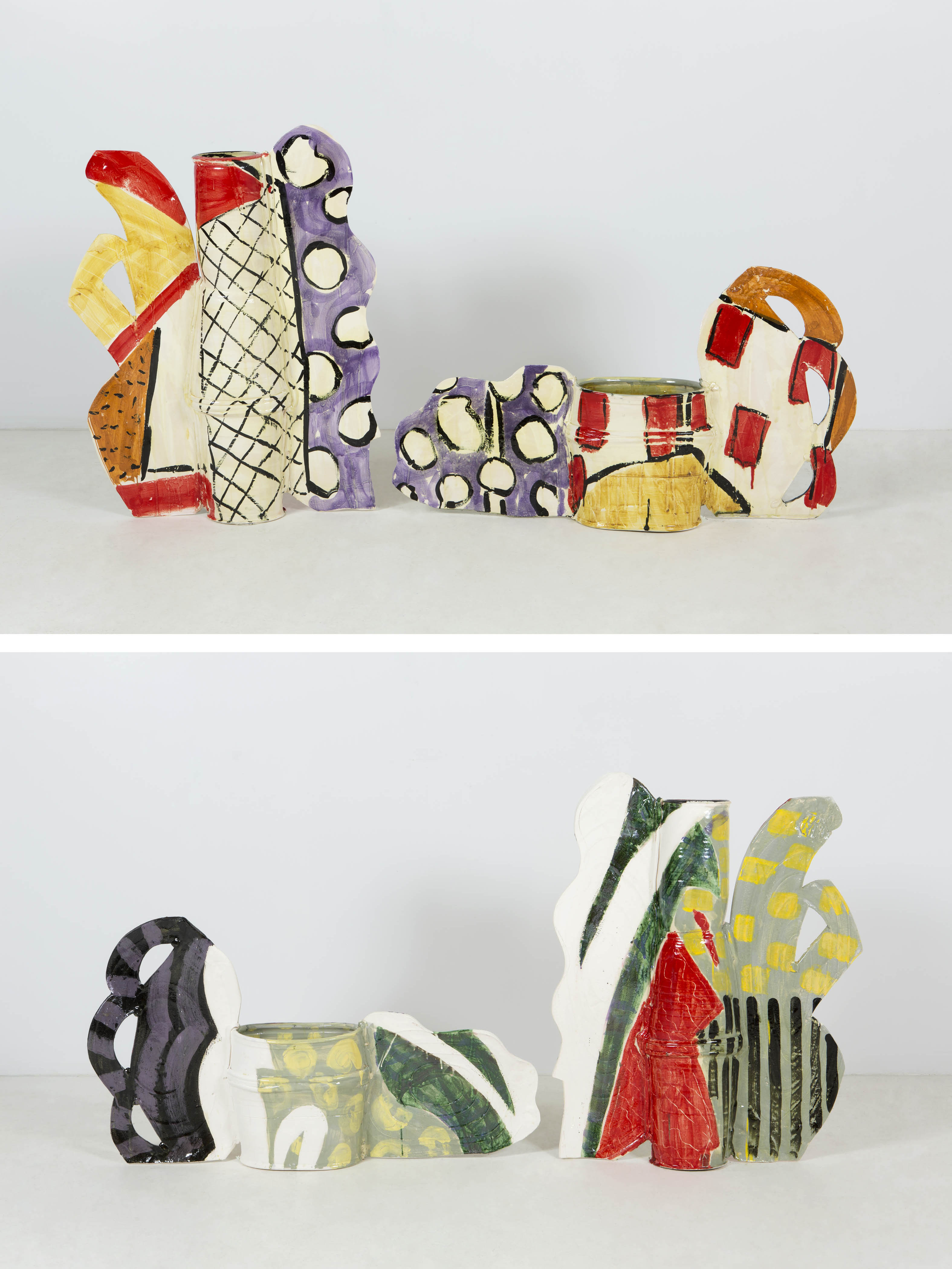 NOW ON VIEW Betty Woodman: Conversations on the Shore, Works from the 1990s at David Kordansky Gallery, New York through December 17th.

"The evolution of the Kimono Vases began with three-part vases, or triptychs. I thought about the movement from one piece to another; in and out of the negative and positive shapes so that it ultimately became one. The triptychs got bigger and the handles became flat, more abstract and complicated,” Betty Woodman wrote in 1991. “I then became interested in thinking about these ideas with diptychs. The space in the middle became the center of the piece. The diptychs themselves also took on a new life. I see them as figures that are wearing kimonos, moving, gesturing and responding to each other. They remind me of figures in Japanese screen painting or Ukiyo prints. Because they're seen frontally, one side is different from the other. The first side I paint as if it were covered with fabrics. The other side is painted in a larger, simpler, less referential manner to give the piece cohesiveness."

Throughout the 1990s, Woodman built upon this initial observation over a series of Kimono Vases and other diptychs with increasingly abstract appendages and larger and flatter façades which became surfaces to hold a painting. Several examples from the decade are currently on view in her solo exhibition at David Kordansky Gallery New York.

Her diptychs over the next two decades continued to evolve from these early ideas, incorporating direct references to the figures and patterns found in Japanese screenprints or invoking Modernism’s nudes and interior spaces, further elaborating the relationship between body and vessel. The dynamic between ceramic shape and painted form increasingly accentuated the spaces between vases and the dialogues between differing sides.

David Kordansky Gallery
Betty Woodman: Conversation on the Shore, Works from the 1990s
Backstories
Back
Keep up with the latest news on Betty, Francesca and George Woodman and join our mailing list.
All images © Woodman Family Foundation / Artists Rights Society (ARS), New York. Design by condensed