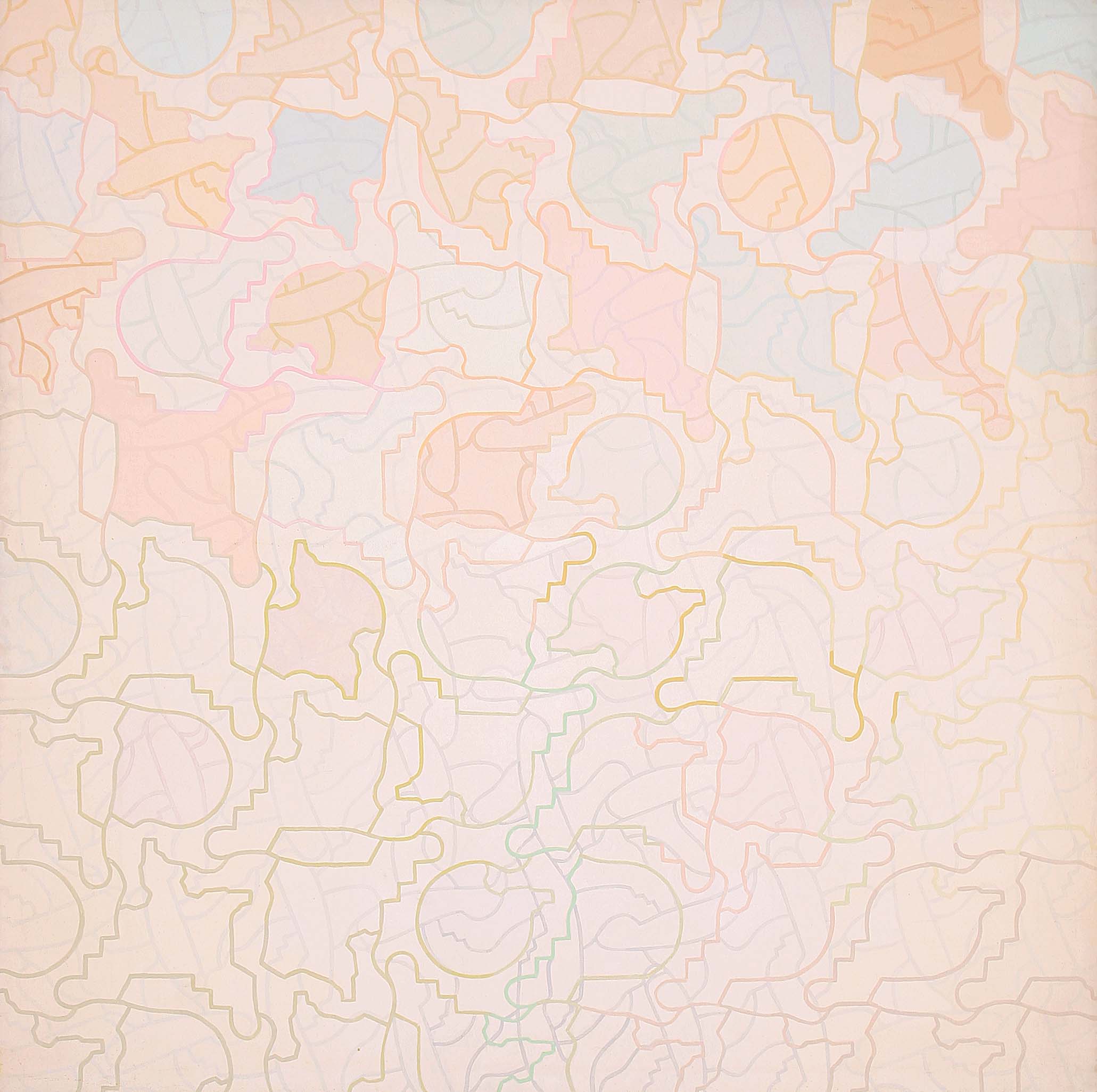 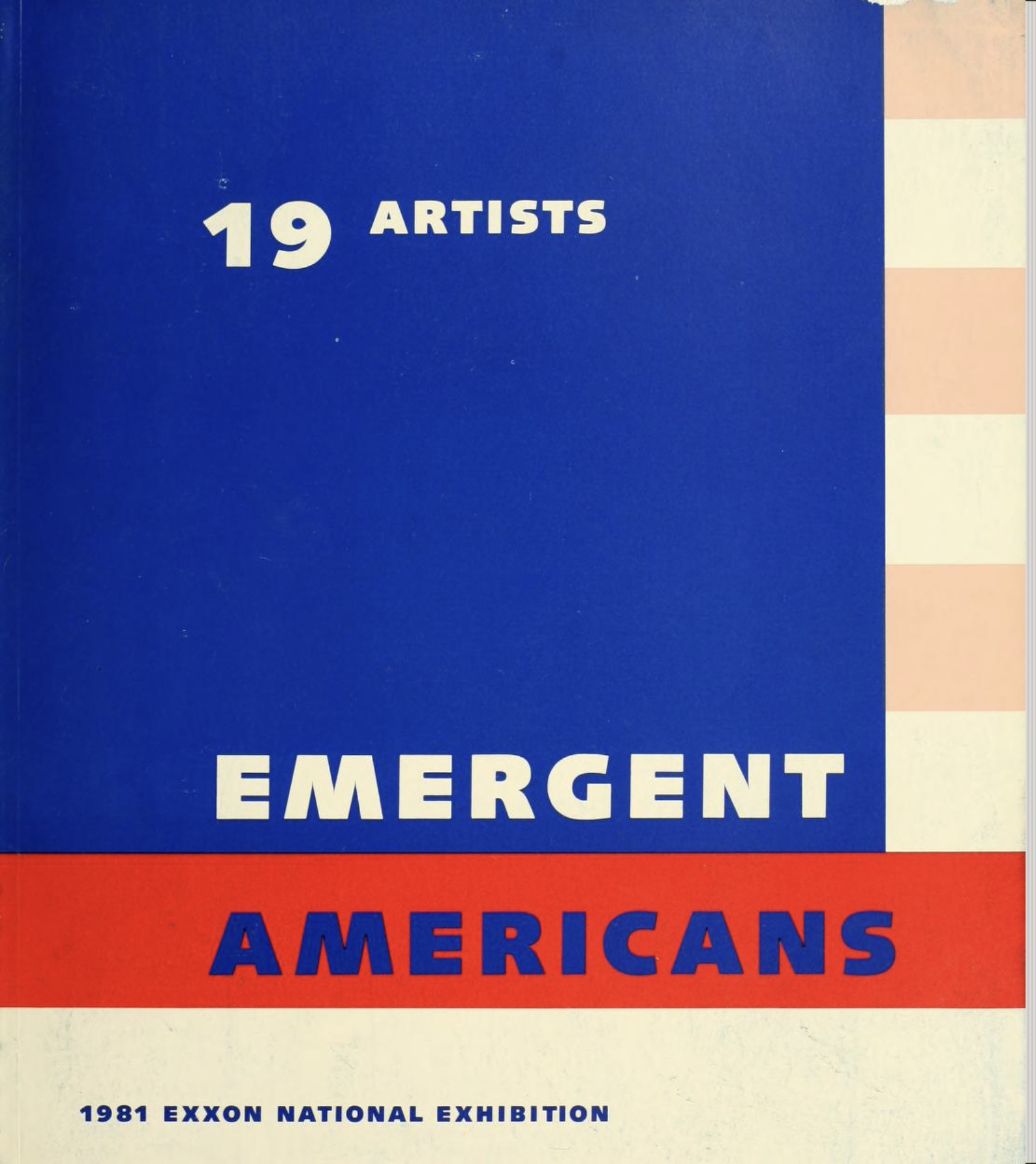 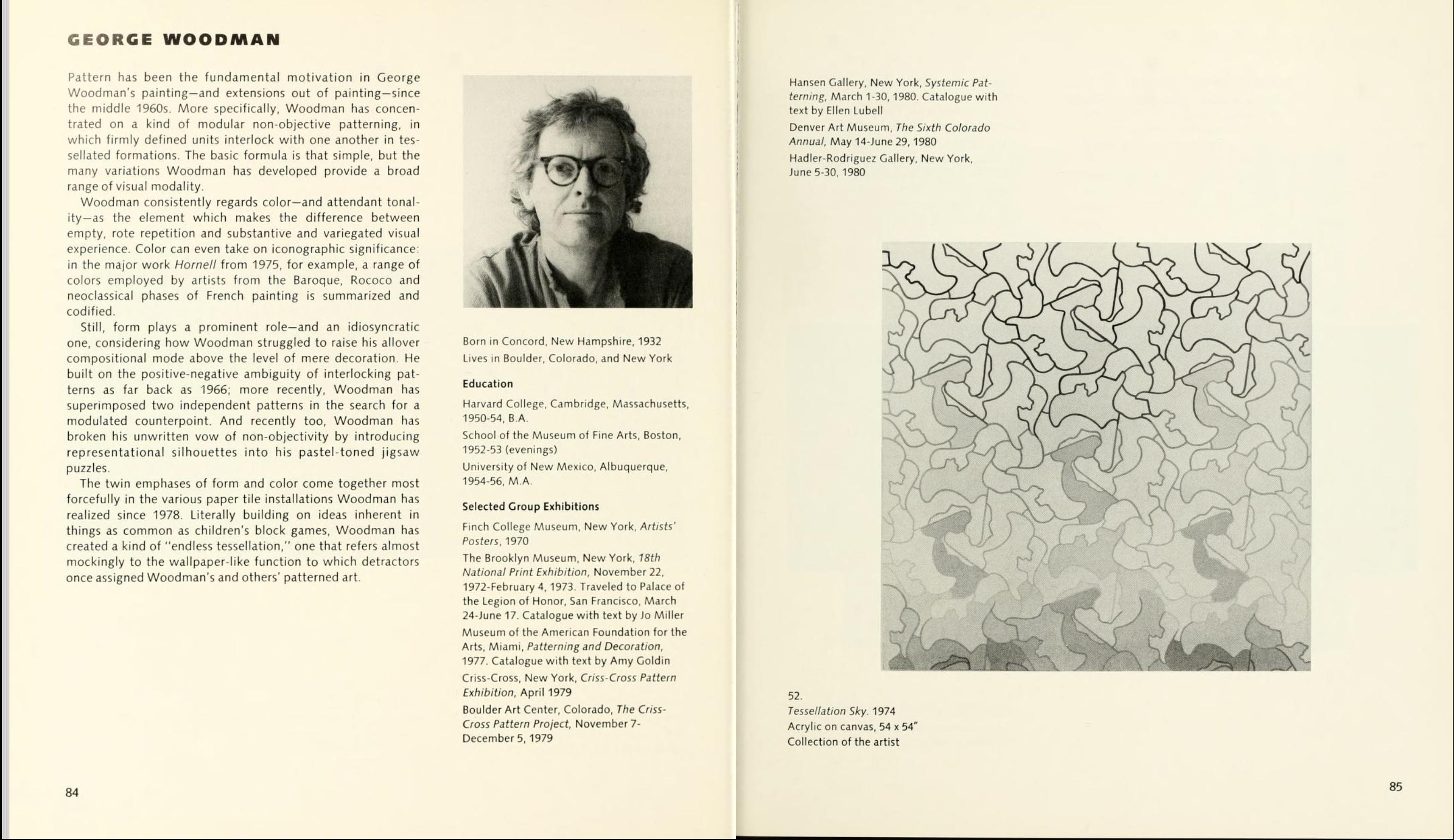 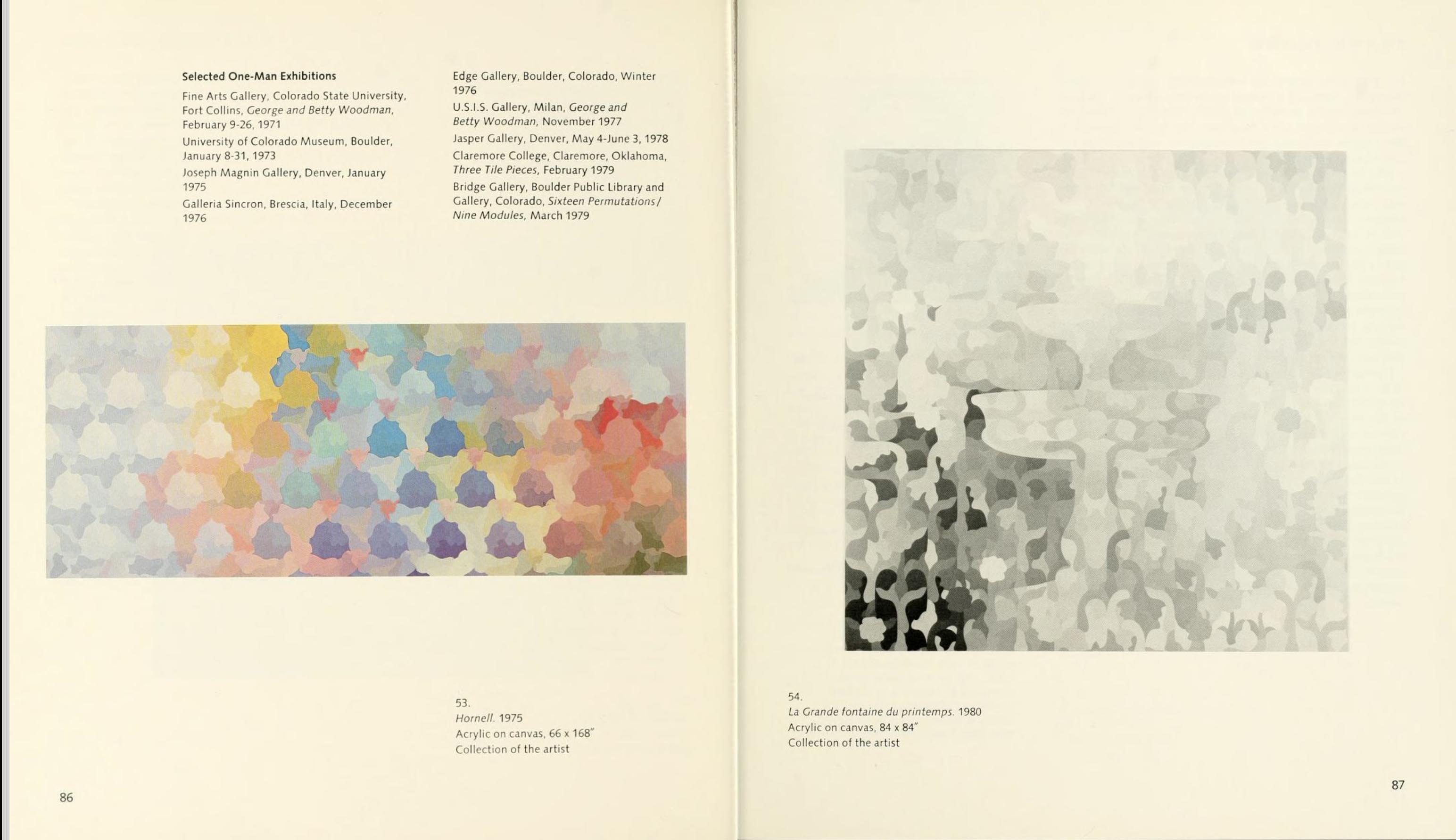 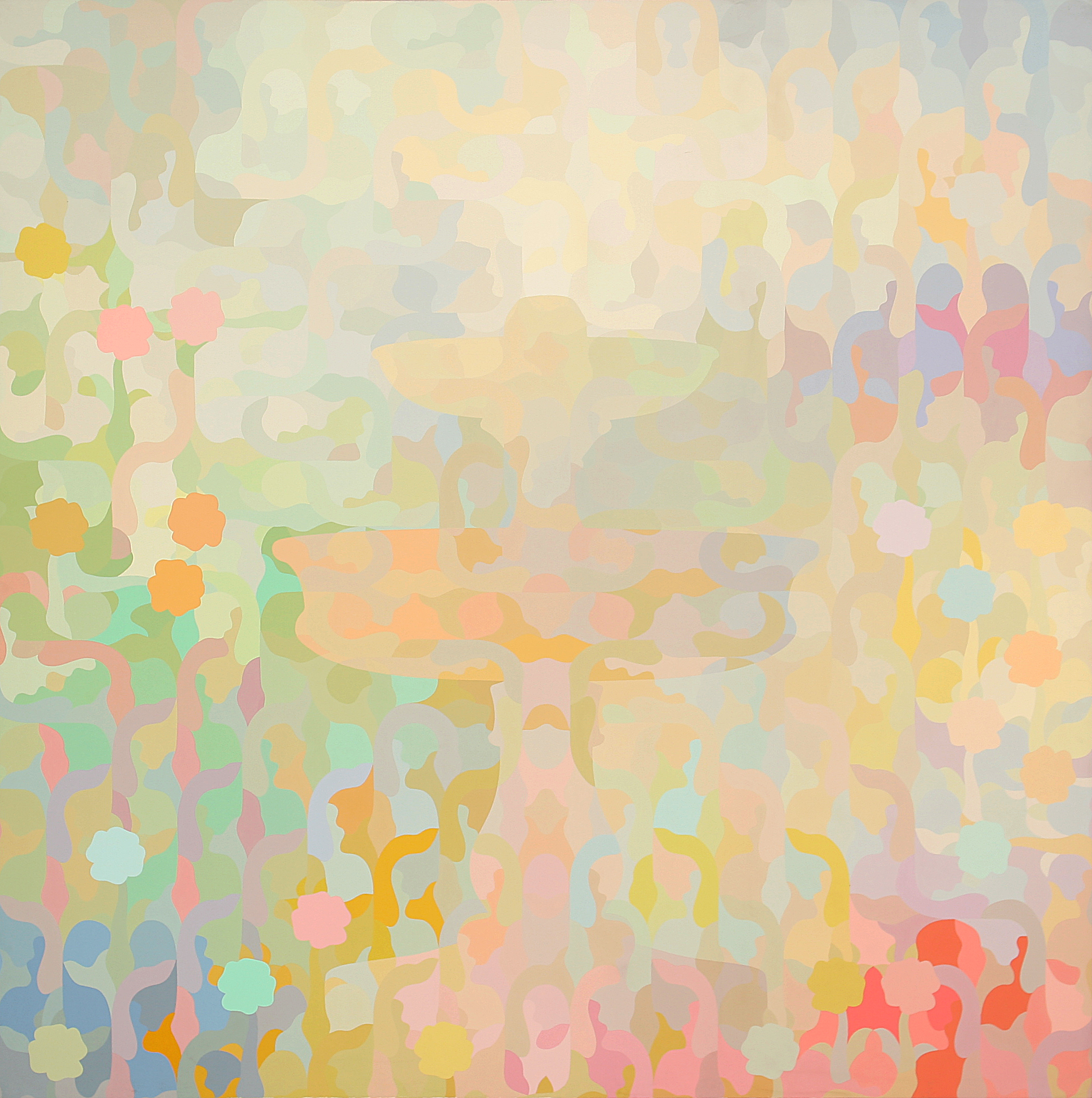 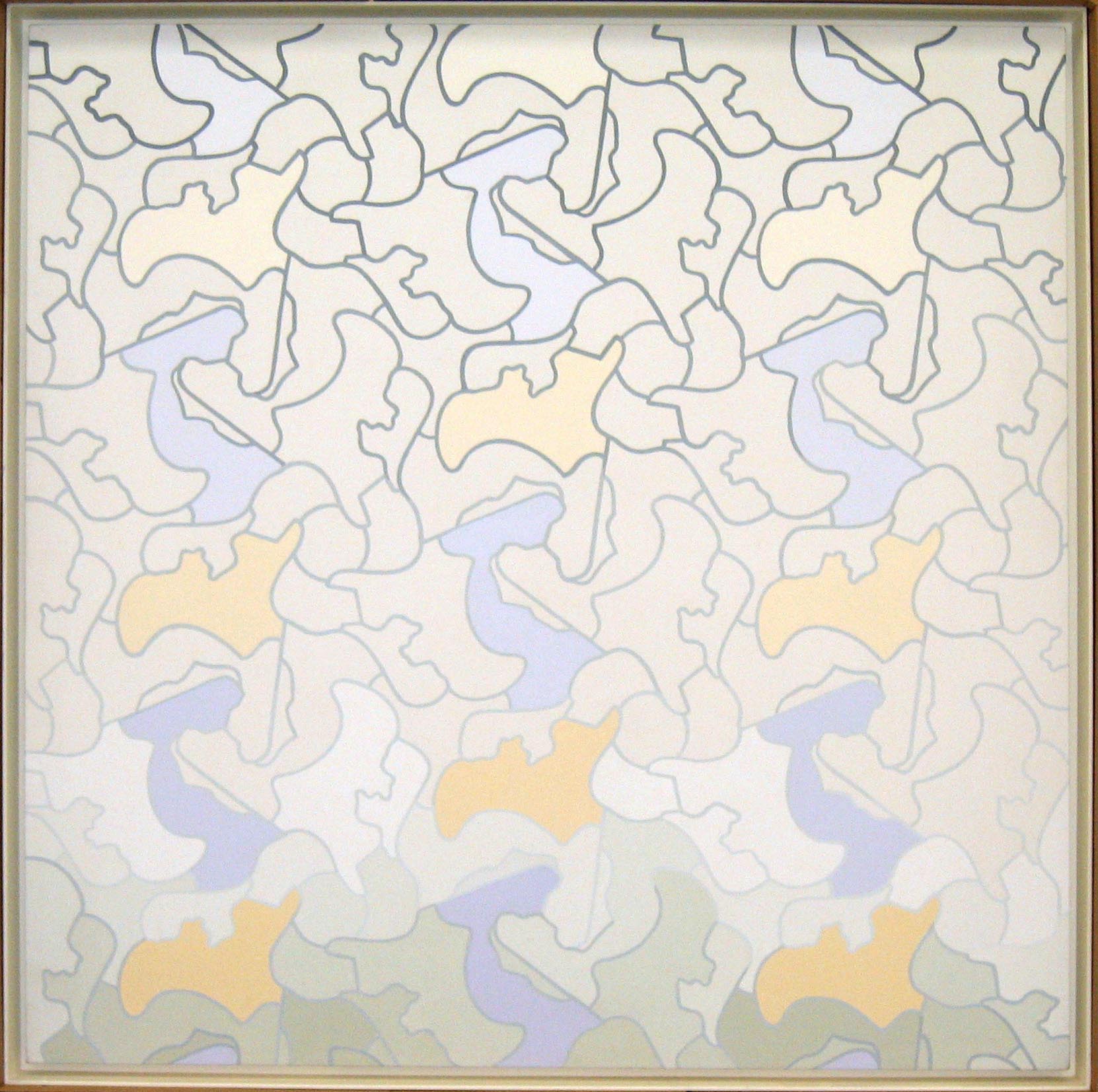 Forty-one years ago, 19 Artists—Emergent Americans was presented at the Solomon R. Guggenheim Museum in New York featuring seven paintings by George Woodman, among work by eighteen of his contemporaries including Barbara Kruger, Guy de Cointet, and Manny Farber. The exhibition reflected curator Peter Frank’s desire to present the artists’ work as a series of small retrospectives. “What I have sought to assemble at the Guggenheim Museum is the skilled and confident visual articulation of engrossing ideas by individuals who have not been sufficiently recognized for their accomplishment,” he wrote.

Woodman had developed a repetitive, modular visual language that employed interlocking tessellated forms and unconventional color combinations, and had begun to show at galleries in New York and Colorado and in group exhibitions associated with the Criss-Cross and Pattern & Decoration movements. In the Guggenheim catalogue, Frank elaborated on Woodman’s singular approach to pattern: "Woodman consistently regards color—and attendant tonality—as the element which makes the difference between empty, rote repetition and substantive and variegated visual experience. Color can even take on iconographic significance: in the major work Hornell from 1975, for example, a range of colors employed by artists from the Baroque, Rococo and neoclassical phased of French painting is summarized and codified.

Still, form plays a prominent role—and an idiosyncratic one, considering how Woodman struggled to raise his allover compositional mode above the level of mere decoration. He built on the positive-negative ambiguity of interlocking patterns as far back as 1966; more recently, Woodman has superimposed two independent patterns in the search for a modulated counterpoint. And recently too, Woodman has broken his unwritten vow of non-objectivity by introducing representational silhouettes into his pastel-toned jigsaw puzzles.”

George Woodman
From the Archives
Exhibition

Catalogue
Back
Keep up with the latest news on Betty, Francesca and George Woodman and join our mailing list.
All images © Woodman Family Foundation / Artists Rights Society (ARS), New York. Design by condensed