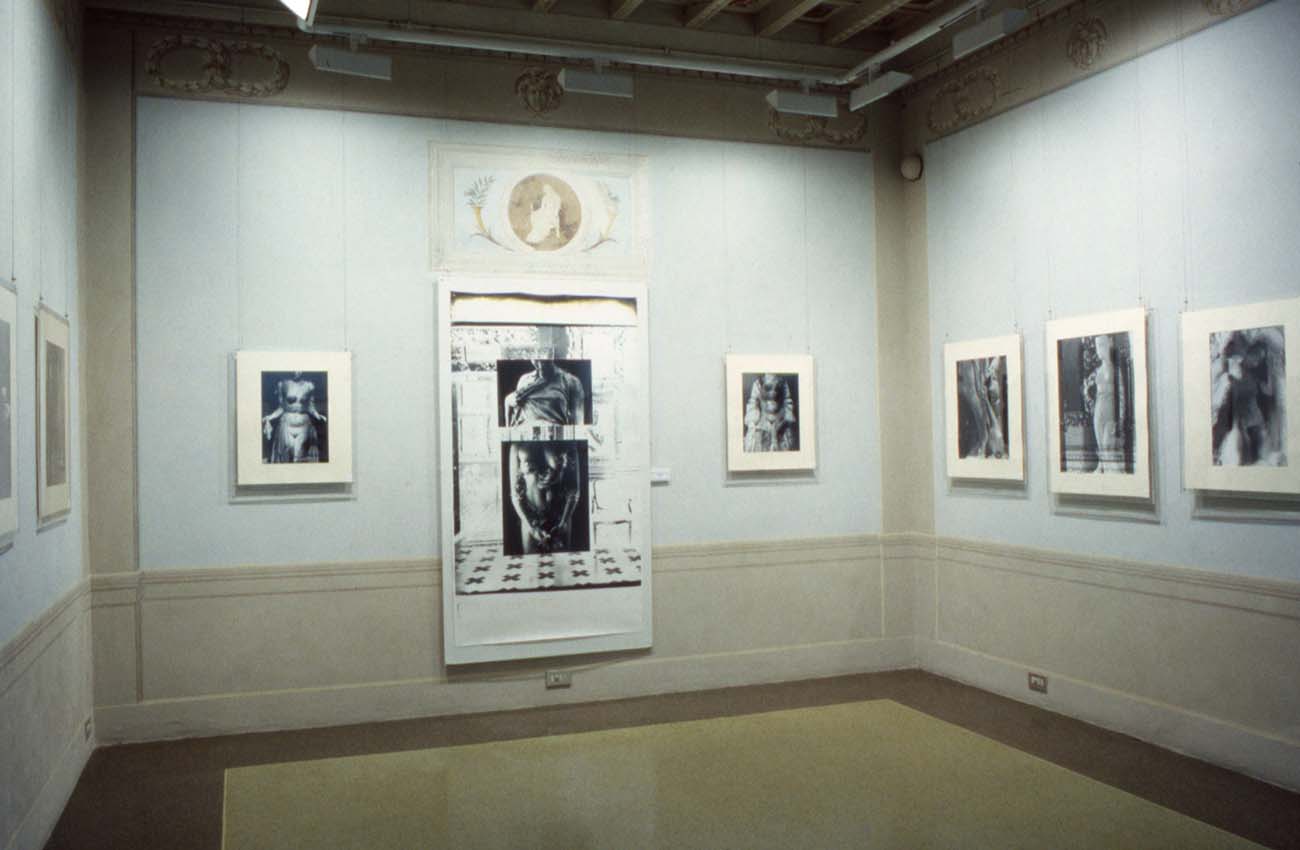 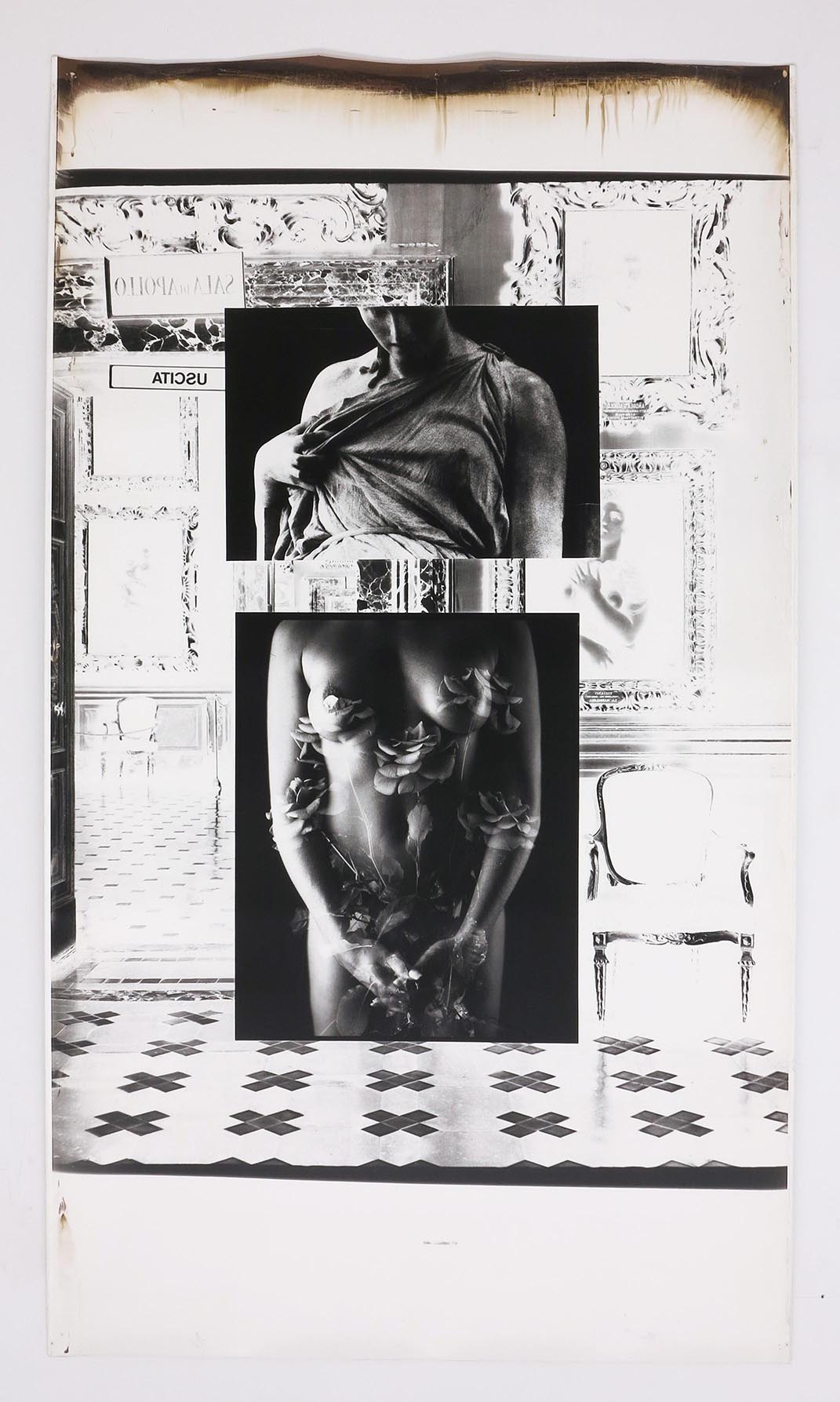 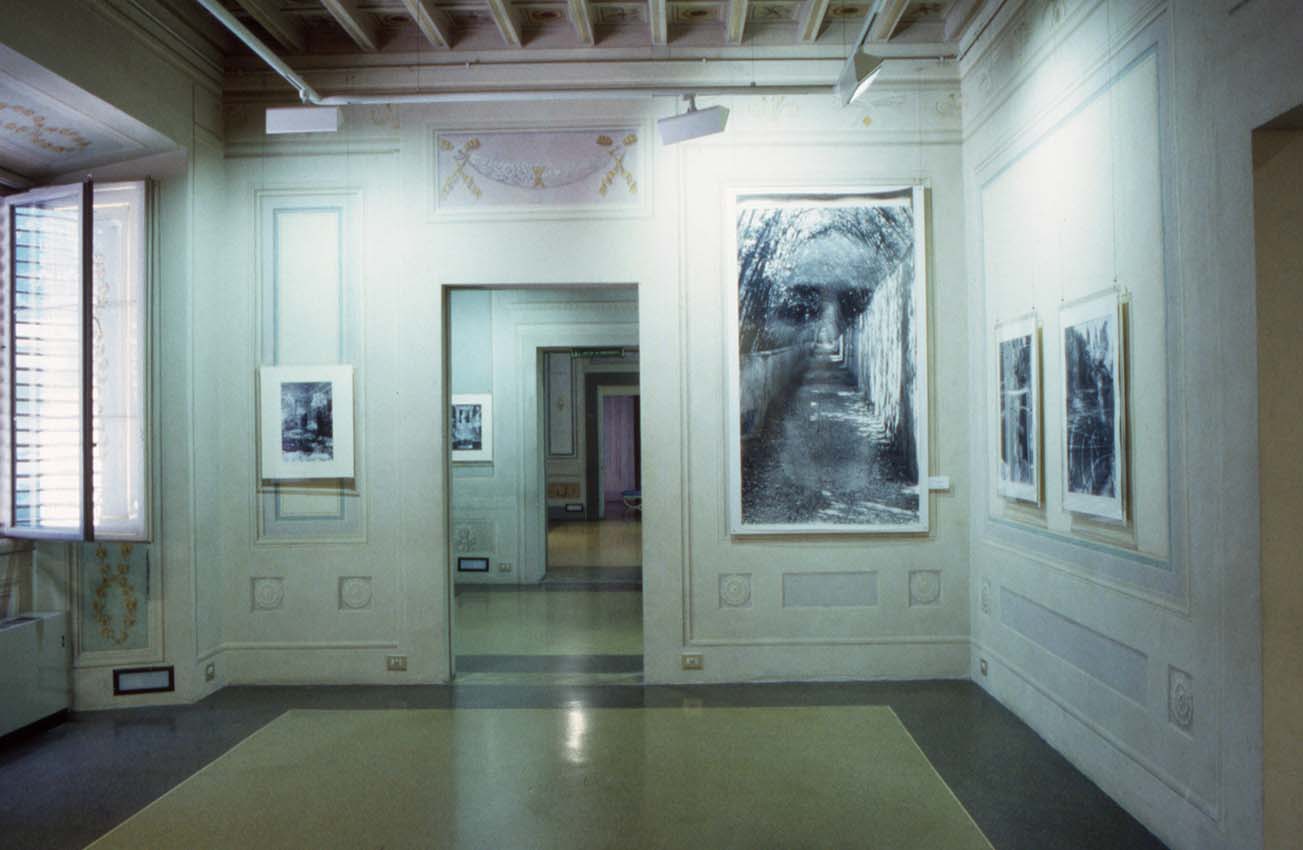 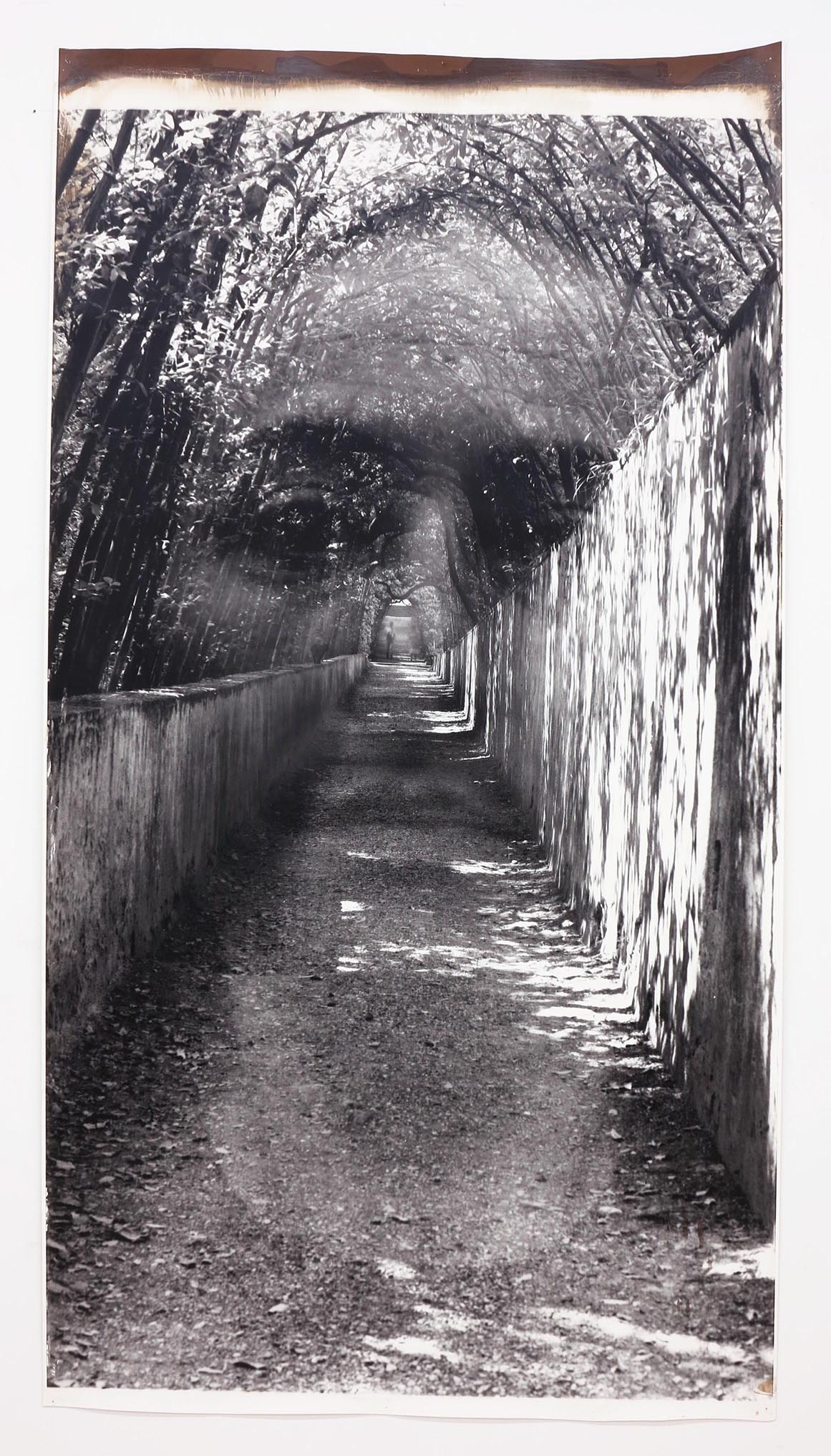 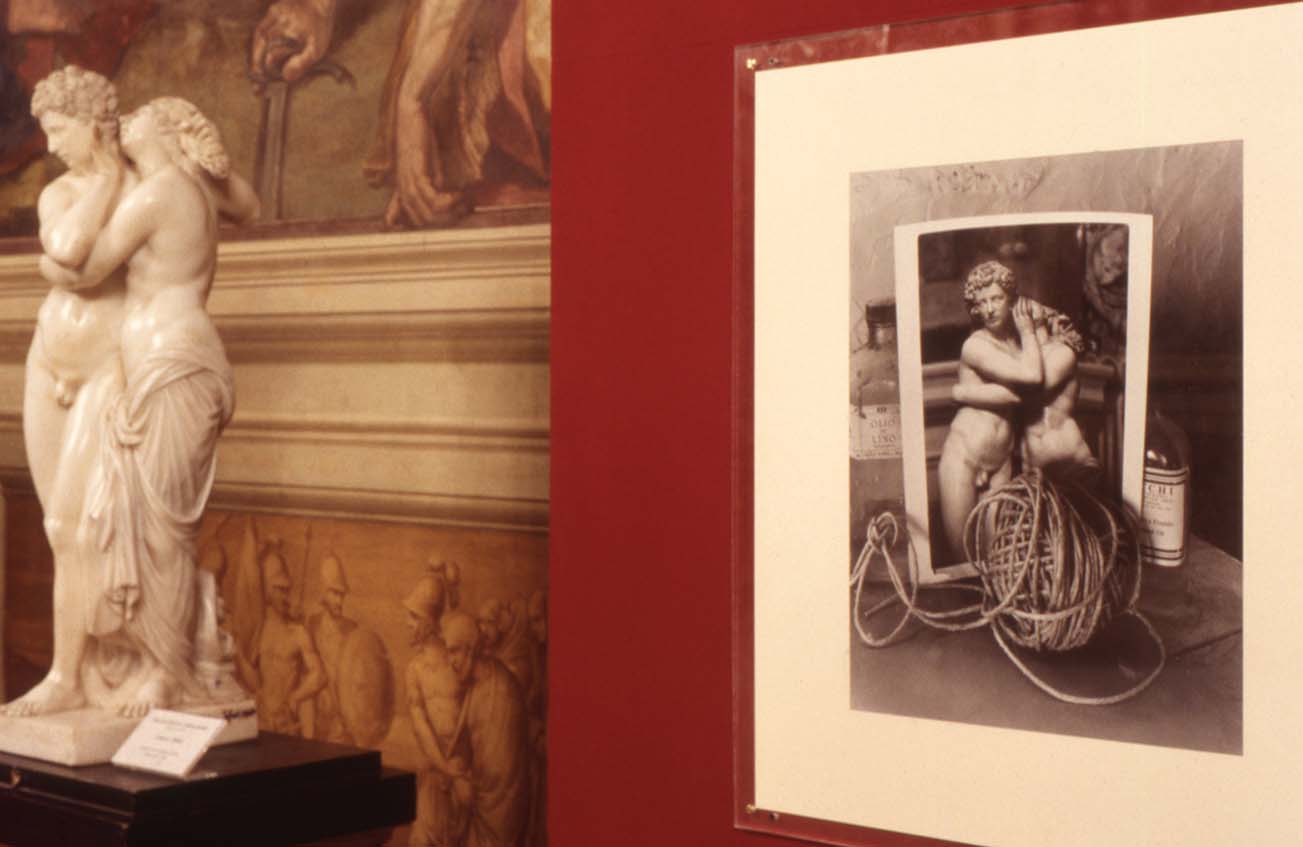 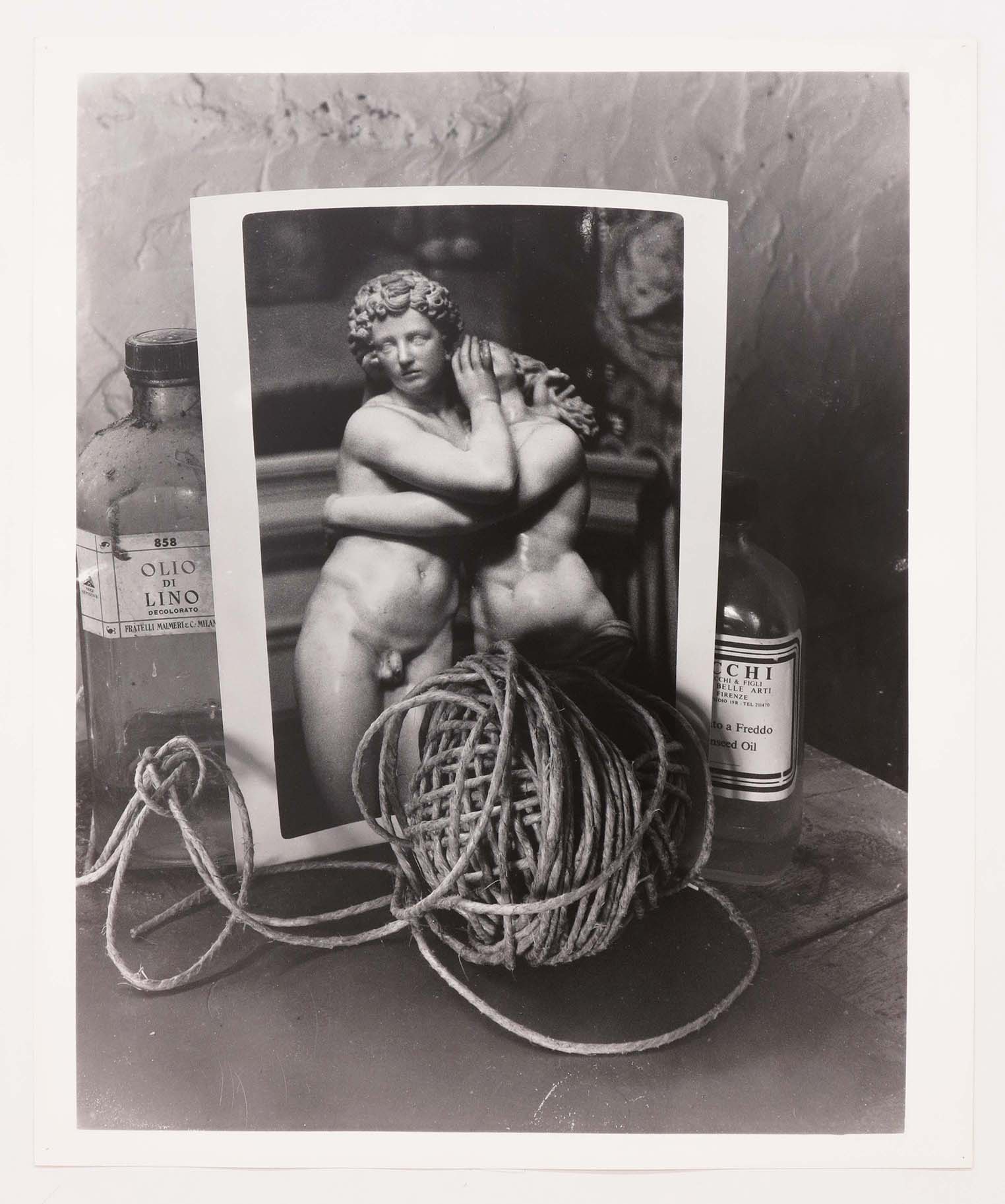 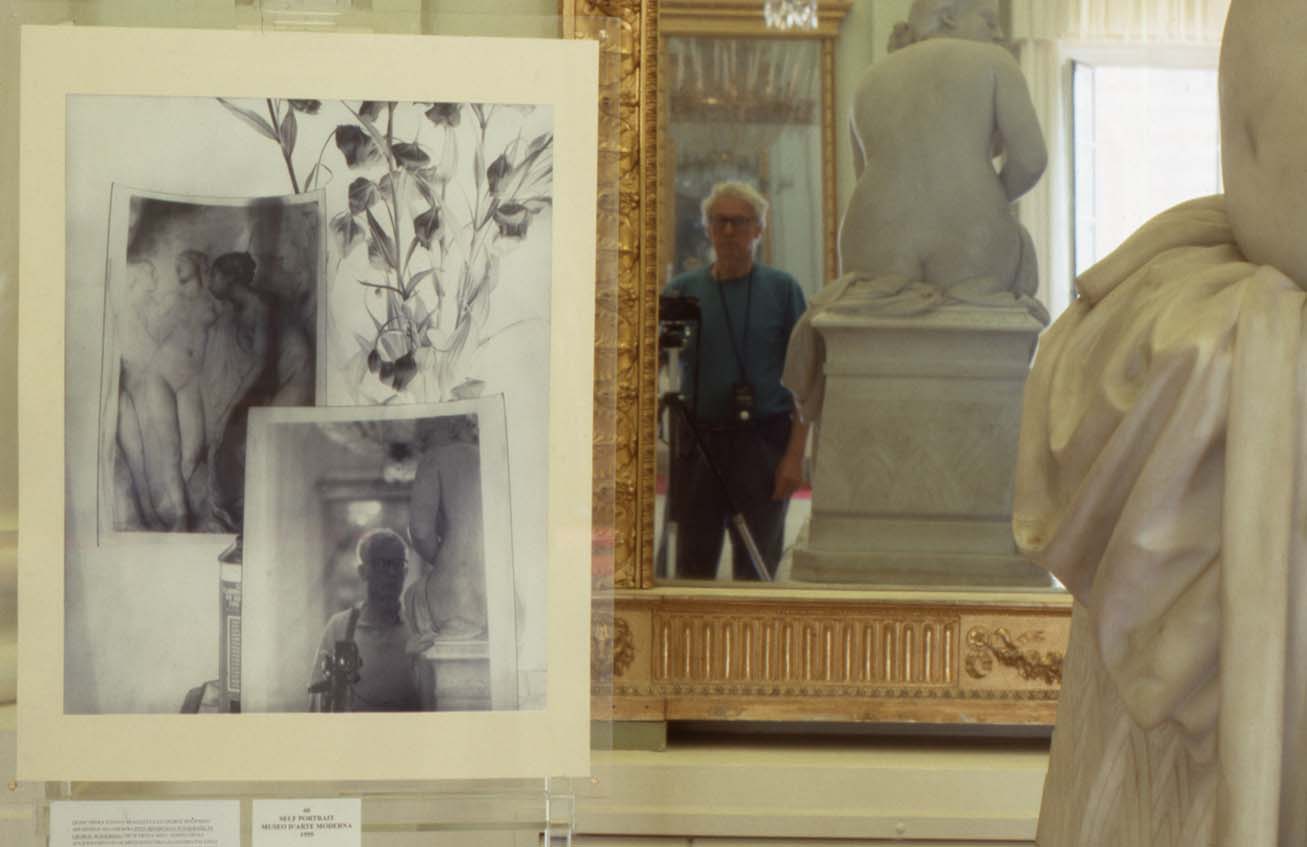 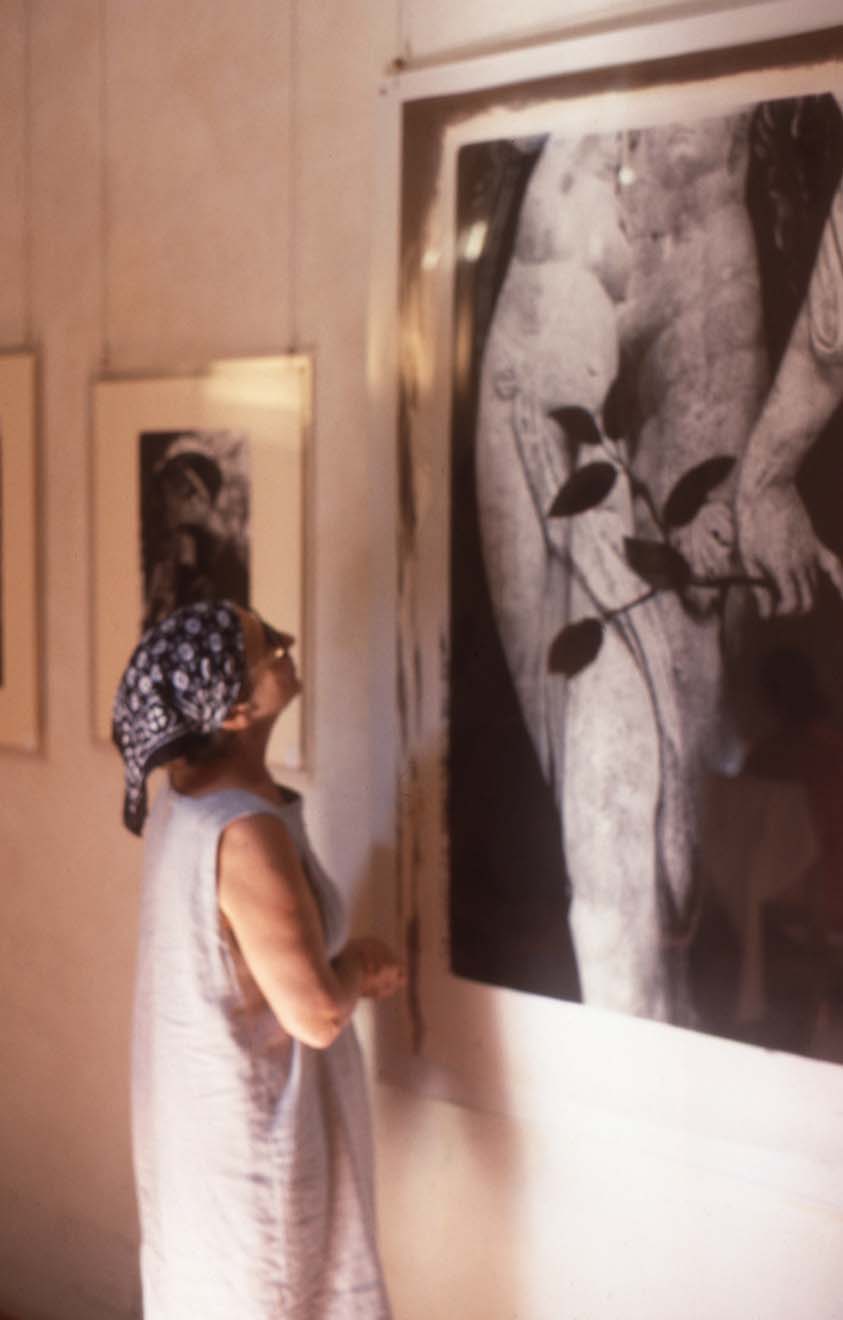 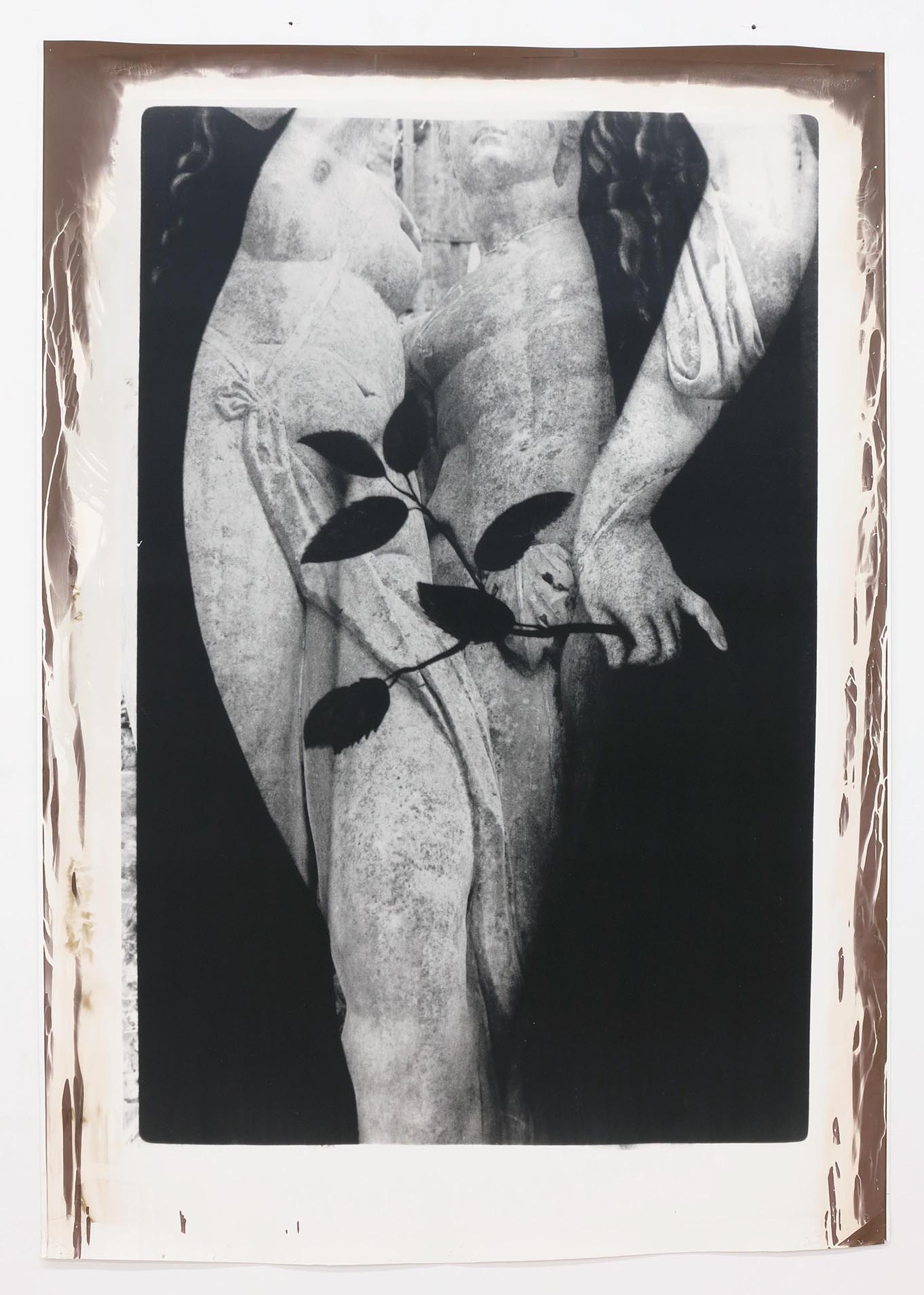 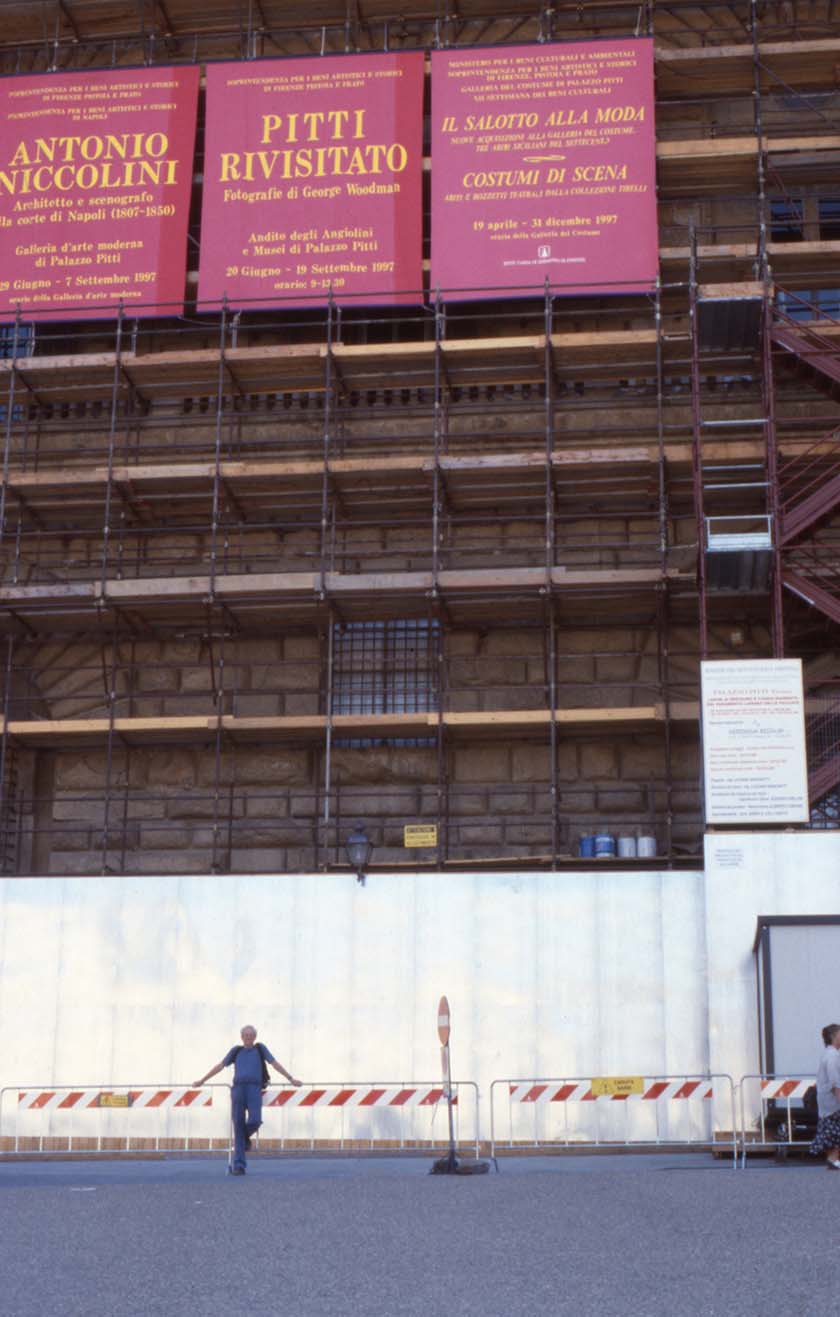 Twenty-five years ago this month, George Woodman’s solo exhibition, Pitti rivisatto, opened at the Palazzo Pitti in Florence, and remained on view all summer long. His layered black and white photographs take this Renaissance palace as their subject, but also as an opportunity to reflect on time and the experiences carried within each viewer.

In his catalogue essay, Edwin Frank writes: “For what these photographs show us, under the guise of showing us what there is to see, is what commonly escapes vision, the shadow-side of the museum. In this regard, it’s notable that many of the things Woodman chooses to photograph in the Pitti are things one would commonly overlook—chair backs, lamp pedestals and picture frames, or, instead of [a] sculpted head, the coiled top of a statue’s coiffure. His pictures compile evidence of all that the museum includes but takes no account of, giving us in its place a museum we overlooked. And then he goes further than that, bringing things into its walls that were never there—things from the Boboli gardens outside and from other collections—or indeed that never could be at all—old toys, natural phenomena, glimpses from places as far afield as the American west. Photography is shown to be a record, finally, not only of what can be seen, whether in the museum or out, but of those secret sympathies between forms that commonly go unseen and…partake of the unseeable."

George Woodman
From the Archives
Exhibition